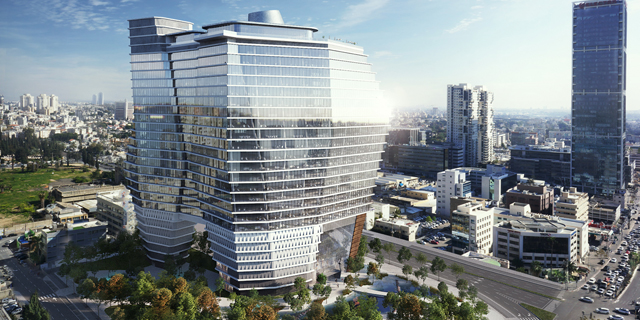 The companies leased a total of 6,200 square meters at the ToHa office building, currently under construction

Cybersecurity company Tufin Software Technologies Ltd. and computer vision company Trax Technology Solutions Pte Ltd. have both rented office spaces at the ToHa Tel-Aviv office building, scheduled for completion by the end of 2018, the companies announced Tuesday. A first of two planned buildings, ToHa is located near a central Tel Aviv train station, and near a major traffic artery lined by some of the country's tallest office buildings.

Founded in 2003, Tufin develops network security management software. The company leased a 4,200 square meter space on the 24th and 25th floors of the building over a 10-year period for some NIS 7 million (approximately $1.9 million) a year. Tufin has raised $24.5 million to date and has 200 employees in offices in Boston, London and Ramat Gan, a town in the Tel Aviv area, according to Pitchbook data.

Trax, founded in 2010, develops an image recognition system that helps companies and retailers assess the in-store performance of their products’ shelf arrangement. Headquartered in Singapore, with additional offices in London, Tel Aviv, Shanghai, Sao Paulo and Duluth, Georgia, the company employs around 220 people, according to Pitchbook data. The company has raised $285.5 million to date. Trax leased some 2,000 square meters on ToHa’s 26th floor for an eight-year period, paying around NIS 3.3 million (approximately $895,000) a year.