Philippe Guez, founder of cross-border mergers and acquisitions firm Guez Partners, says the European perception of Israeli technology has changed, and that Israel is now on the radar of large European companies

Europe has only very recently begun acknowledging Israeli technology, Israeli venture capitalist Philippe Guez, founder of cross-border mergers and acquisitions firm Guez Partners, told Calcalist in a recent interview. “Israel was never on the radar of the large European countries,” he said. “Today it is.”

Guez is set to participate in Calcalist’s tech conference in Paris in October alongside Israeli tech executives, entrepreneurs, and some of Israel’s most prominent mobility and auto tech executives. The conference will be held as part of the Paris Motor Show, or Mondial de l'Automobile, one of the largest auto shows in the world, held every two years. 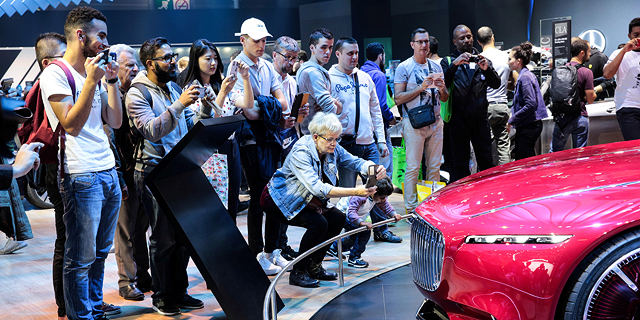 This year’s Paris Motor Show will feature the Mondial Tech, a new event that will bring together businesses across the entire automotive value chain. Israel was chosen as a guest state at the event, which will have one day dedicated to showcasing Israeli technologies and innovation. Calcalist is organizing the day’s events in partnership with events firm Connecting Leaders Club, headed by Valérie Hoffenberg and Ayelet Gurman, with Israeli Bank Hapoalim, and with accounting firm KPMG.

Before founding Guez Partners in 2017, Guez served as general director and head of global banking at Deutsche Bank in Paris, and as managing director of Rothschild & Co. Guez also founded a $100 million venture capital fund, Maor Investments. Both Guez Partners and Maor Investments are among the sponsors of Calcalist’s conference in Paris. Guez said that European political concerns about the Israeli-Palestinian conflicts have, in the past, negatively affected European interest in Israel’s tech offering. These sentiments have been changing gradually, he said, aided primarily by the marketing of Tel Aviv—Israel culture and tech capital—as a progressive bubble.