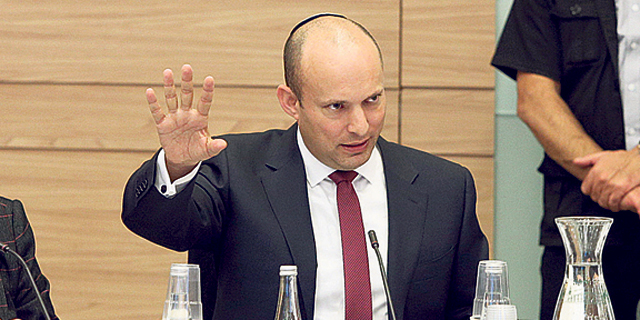 A former software entrepreneur, Israel’s education minister has pushed forward a reform to increase the number of STEM students

Israel's Ministry of Education has been inflating data about the number of students enrolled in the country's high school technological electives, according to a new report.

Israeli Education Minister Naftali Bennet, leader of the right-wing Jewish Home party, has co-founded or helmed several software startups before entering politics. Following a national program he announced in 2016, the Israeli education ministry has been prioritizing STEM subjects, and especially math, in the country's high school and tertiary education. Bennet has repeatedly underscored the importance of technological high school education to Israel’s continuous future as an international tech hub.

In the government’s annual action plan the ministry set a goal of increasing the number from 156,000 students in 2016 to 158,000 in 2017. In its follow up, the ministry reported a larger increase to 163,000 students. According to a new report by the Israeli parliament's research and information unit, the increase in students between 2016 and 2017 the ministry reported as part of the action plan is nearly double the actual figures. Based on data the ministry submitted to the unit for the purpose of the report, in 2016 only 151,000 students were enrolled in tech electives, with their number increasing to 155,000 in the school year 2017-2018, or 39.5% of high school students. According to these statistics, the percentage of students taking STEM electives has not changed substantially over the past four years, contrary to what the ministry reported in the action plan. A spokesman for the education ministry stated the office regrets the mistake made, adding that the official number of students enrolled in tech electives is the number conveyed to the parliamentary research unit. In response, Israeli lawmaker Oded Forer of the Yisrael Beiteinu party demanded the convention of a parliamentary discussion on the subject, calling the discrepancy in the reports a "red flag." According to Israel's Central Bureau of Statistics, 82% of high-schoolers graduating with engineering-related electives meet the university entry requirements in Israel, compared to 25% of those taking professional electives such as business management, hospitality, and tourism.

In tertiary education, Bennet's reform seems to be making headway.

The 2017-2018 academic school year was the first year to see more students enrolled in an engineering bachelor degree than in a social studies bachelor degree, 34,700 compared to 34,000, according to data published Thursday by the Israeli Council for Higher Education. The number of students majoring in engineering, math or computer science bachelor degrees now makes over a quarter of bachelor students in the country, growing from 23.5% in 2014-2015 to 26.5% in 2017-2018.