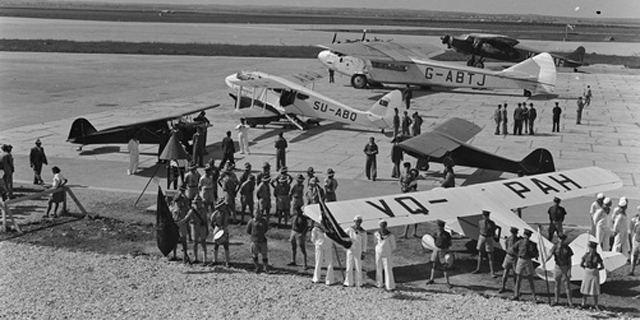 The released photos include images documenting the early days of Jewish settlement in what later became the state of Israel. Examples include Jewish British Army recruits training for battle in 1941, and an outdoor Torah class in Jerusalem in the 1920s. 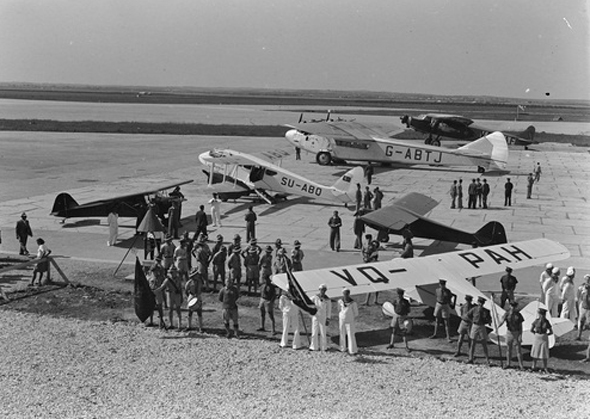 The graduation ceremony of the first batch of Jewish air force pilots in 1939. Source: Wikimedia

In order to complete the project, Wikimedia developed automatic tools to scan through the online archives, detecting images whose copyright had expired. These images were then uploaded to Wikimedia Commons’ servers along with their metadata, making them freely available to the public.

The photos were all taken before 1947, putting them in the public domain according to Israeli law, which determines copyright for photographic images to be in force for 50 years from the moment of a photo's creation. All images were extracted from the archives’ websites, which, though visible to anyone, were often unsearchable. In some cases, the photos were also watermarked by the archive or placed under various restrictions of use, despite their copyright having expired years ago. 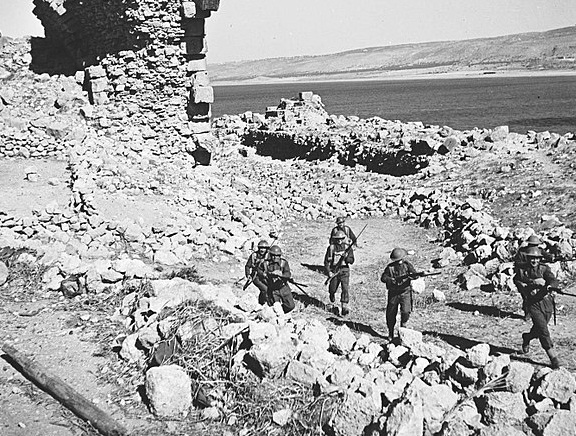 Wikimedia was extra careful not to compromise the organizations’ copyrights, taking a 20-year safety margin for error, Michal Lester, executive director for Wikimedia Israel, said in a phone interview with Calcalist last week. “We did not want to take any chances of hurting these companies, just give the public what it already owned,” she added.

One of the main challenges Wikimedia Commons has as an organization looking to promote free and open content is to release not only information, but also photos and images into the public domain, Lester said. “We are working to convince various institutions that have online archives to open them to the public through Wikimedia Commons,” she explained. According to Lester, Wikimedia successfully negotiated with Israel’s Government Press Office to release its public domain photos but the company's requests were ignored or refused by the Israel State Archives, the Central Zionist Archive, and other large archives in the country. 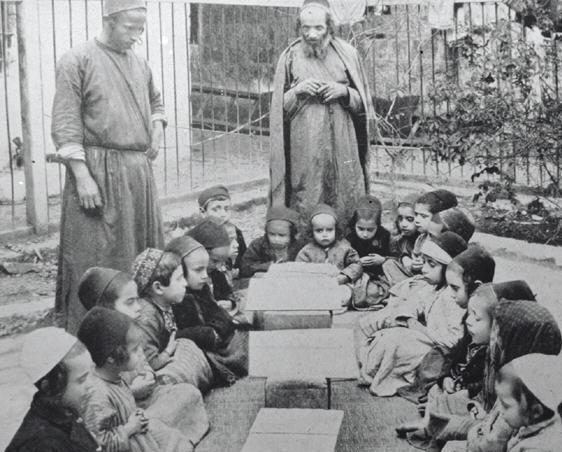 “It is always within our interest to collaborate with organizations and archives, but this project was about proving that when there is a will, it is possible to make information available even with very thin resources,” Lester said. The archives and organizations from which the photos originated had different approaches to the matter. As far as Ruti Abramovitch, the deputy state archivist, is concerned, Wikimedia’s project is a “win-win.” According to Israeli legislation, there is nothing wrong with what Wikimedia did even without the archives’ consent, she said in a phone interview with Calcalist Sunday. “Every person has the right to make fair-use of these materials for free,” she added.

Yigal Satri, head of the Central Zionist Archive, was less enthusiastic. In an email to Calcalist earlier this week, Satri wrote that he is happy to see the materials widely available but regrets that Wikimedia “chose to take violent action and invade the Central Zionist Archive.” Satri also accused Wikimedia of illegally taking copyrighted materials alongside images that are within the public domain, urging its representatives to resume collaboration with the organization. Lester was specifically critical of the Central Zionist Archive for watermarking public domain photos, an “almost criminal act,” according to her. “A watermark shows they had no intention of making the images available to the public,” she said.

12.
Link for some
https://commons.wikimedia.org/wiki/Category:Images_from_the_Jewish_National_Fund_photo_archive
11.
found link
https://commons.wikimedia.org/wiki/Category:Photographs_from_the_Central_Zionist_Archives
10.
Israel photo archive
I consider myself OK with most sites but I couldn't track this one down on Wikimedia.
9.
wikimedia sounds clueless
watermarking isn’t “almost criminal” - when various anti-israel sites are exploiting holocaust images to make propaganda against israel, it’s wise to make the provenance of these historical images clear and unmistakable. why wikimedia should object to this is hard to understand.
8.
Same Old Ynet
Ynet is famous for publishing articles about something internet-related and then not providing a link. Almost as famous as they are for not employing professional translators and proofreaders. :D
All Comments