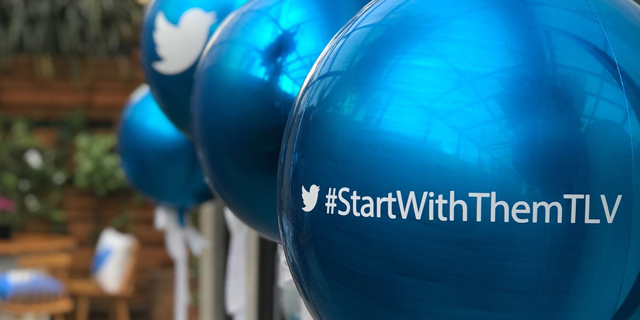 Twitter is stepping up its marketing game in Israel with a customer event being held Monday in Tel Aviv with attendance by hundreds of local entrepreneurs and executives. This is the first business-to-business event to be held in Israel by the company.

Unlike Facebook, Twitter does not have on-ground commercial operations in Israel, and most of its activity in the country is done through its sales teams in Europe. A spokesman for Twitter told Calcalist in a message Monday that Twitter is planning to significantly grow its presence here.

In July, Twitter posted a job opening at its Dublin office for a public policy manager to handle its affairs in Israel and the Nordic countries. The posting came amidst demands from the Israeli government that social media companies operating in the country remove content it deems harmful.

According to company statements, Twitter had 326 million active users in the second quarter of 2018, a slight decline compared with previous quarters, which may be attributed to the company’s battle against fake accounts and automatic bots.