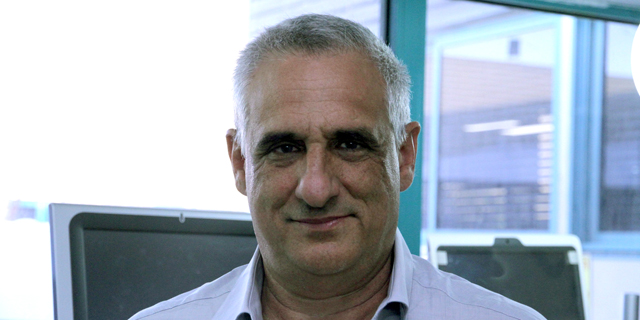 Controlled by one of the founders of China-based web and mobile juggernaut Tencent, Tel Aviv-listed IceCure Medical is looking to connect with U.S. health insurers

Over the past seven months, Tel Aviv-listed IceCure Medical Ltd.has sold more devices than it did throughout 2017, according to chairman Ron Mayron. The cancer freeze-blasting company, controlled by one of the founders of China-based web and mobile juggernaut Tencent, is now setting the stage for expansion: currently operating without a sales team, the company is set to boost marketing efforts, and looking to connect with U.S. health insurers.

Founded in 2006 and headquartered in Israel's affluent coastal town Caesarea, IceCure's device is an ultrasound imaging-guided probe that injects liquid nitrogen into a tumor. The company lost 77% of its stock value between listing on Tel Aviv in February 2011 and the end of 2017, but has been on a rise since the beginning of 2018, seeing an almost 30% increase.

Mayron, who was formerly vice president of Israel and Africa at generic giant Teva Pharmaceutical Industries Ltd., joined as chairman in December 2017. He is also one of the founders of Israel-based InnoCan Pharma Ltd., an early stage company developing over-the-counter Cannabinoid-based drugs for psoriasis and muscle and joint pains. The company raised around $1 million (around NIS 4 million) from over 500 investors in a crowdfunding campaign in August. The medical market is a long-term game, Mayron said in an interview with Calcalist at the beginning of the month. “The information we collected shows that among patients treated with our technology, cancer has returned in less than 1% of cases, while after surgery cancer recurrence stands at 5%-8%. That’s the data that everyone is interested in.” For the first half of 2018, IceCure reported revenues of $2.4 million. The company has raised $8 million to date, $5.3 million of them in February from main shareholder (62.5%) Vic Lee, one of the founders of Tencent, via his Virtus Inspire Ventures fund. Asked about his prominent investor, Mayron said Lee believes in the company’s management. “He trusts us and lets us work,” he said. Until recently the company focused on collecting clinical data and on development, and now it is set to focus on market penetration. “We don’t even have a sales team, and we sell only small quantities, but we have a mature device and now is the time to move ahead,” Mayron said. IceCure’s device injects nitrogen into the tumor as a liquid, without it becoming a gas, and freeze the tumor tissue in a process called cryoablation. The destroyed tumor cells are then reabsorbed in the body over time. The technology could replace surgery, saving costs, time, and reduce risk to patients while improving their quality of life, according to Mayron: the procedure can be carried out by a surgeon in an office, with just the device and an ultrasound machine.

“Patients could go to the doctor, and come out an hour later sans tumor,” he said. The company’s first market was Japan, where over 300 patients were treated using the device since 2013. Today the company’s devices are also used in several European countries and in Israel, where they are used to treat kidney, lung and bone cancers. The company is now aiming to focus on a specific indication for breast cancer in the U.S. and is currently in the midst of recruiting patients for a trial. An approval from the U.S. Food and Drug Administration for a specific indication will make it easier for the company to connect with insurers, Mayron said.