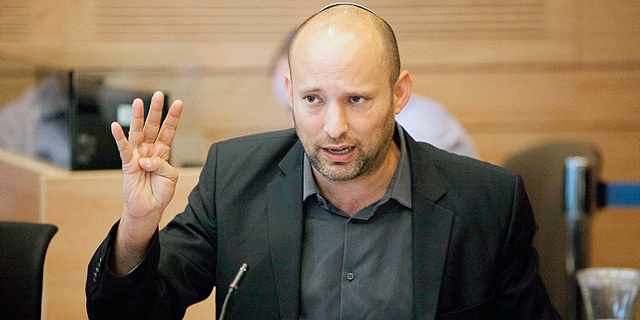 In September, U.S. President Donald Trump commented on the conflict, saying he thinks a two-state solution is what “works best”

On Sunday, Israeli Minister Naftali Bennett, leader of the Israeli nationalist right-wing, party Jewish Home (Habayit Hayehudi), said his party will oppose an endorsement of a Palestinian state if included in a Middle-East peace plan coming from the White House. In September, U.S. President Donald Trump commented on the conflict, saying he thinks a two-state solution is what “works best.”

Speaking in an interview with an Israeli Military Radio broadcaster, Bennett, the Israeli Education Minister, said that while his party will hear out the planned Peace deal, it will ultimately oppose a solution that would see a Palestinian State set up in the West Bank. Bennett said he does not have the details of the peace plan inked in Washington.

Currently with eight seats in the Israeli parliament, Bennett’s party is expected to gain additional two seats in the 2019 elections, according to a poll released last month by Israeli Channel 2 News. In 2014, Bennett outlined what he called a “stability plan,” his proposed solution to the Israeli-Palestinian conflict in an op-ed published by The Wall Street Journal . While he opposes an official Palestinian state as he made clear in the interview Sunday, he asserts that Palestinians living in certain areas in the West Bank should govern themselves, and that “Israel should not interfere in day-to-day governance.” “Israel must allow Palestinians complete freedom of movement, which requires removing all roadblocks and checkpoints in the West Bank,” Bennett wrote, further suggesting Israel should dismantle the security barrier. In September, Trump said he plans to unveil the Middle-East peace plan within four months. Last week, outgoing U.S. ambassador to the U.N. Nikki Haley said she had read the proposed peace plan and that it is more detailed than previous plans. Haley did not say when the plan will be presented.

When asked about the Trump administration’s Middle-East peace plan, U.S. ambassador to Israel David Friedman said in an interview with Calcalist  that it will not be released in the near future. The White House is “still assessing the situation,” he said. The leading pro-Israel lobby group in Washington, AIPAC, tweeted in October that “AIPAC remains fully supportive of direct negotiations leading to a two-state solution – a Jewish state of Israel living in peace with a demilitarized Palestinian state.”