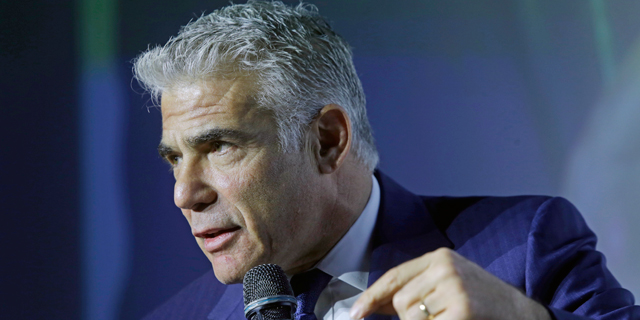 No Such Thing as Center-Left Bloc, Says Israeli Lawmaker

Israeli Lawmaker Yair Lapid, leader of the centrist party Yesh Atid, turned down the prospect of a center-left alliance against Netanyahu in Israel’s upcoming election. Speaking at Calcalist’s Forecasts 2019 conference in Tel Aviv Monday, Lapid said that “the center will not unite with the left or with the right.”

Last Monday, Israel’s ruling coalition parties announced a date for the country’s next parliamentary elections, moving up the scheduled November elections to April 9. 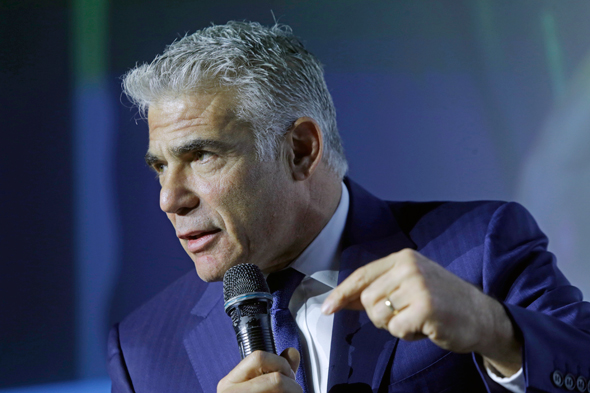 Speaking at an event at private research college the Interdisciplinary Center in Herzliya last week, head of the opposition Tzipi Livni, of the center-left Zionist Union party, urged the leaders of Israel’s center and left parties to come together to defeat Netanyahu. “We can form a larger, winning team, but all of us must set our egos aside for our joint goal of political upheaval,” Livni said. On Wednesday, Lapid said in an Army Radio interview that he would not agree to a pact between Yesh Atid and the Zionist Union.

However, Lapid did not outright reject other mergers. "It is conceivable that there may still be connections between the center itself, but not beyond," he said Monday.

Former Israeli army chief Benny Gantz, who launched his own political party Hosen L'Yisrael (resilience for Israel) last week, has not publicly stated his views or political platform, but it is expected that he will identify as a centrist. Gantz left the military in 2015 after commanding over Israel’s operations in the Gaza war over the summer of 2014.

If Gantz and Lapid would combine forces, they may be able to level the playing field with 26 seats, compared to 27 seats that would go to Netanyahu’s Likud party, according to a Channel 10 poll from last week. According to three separate polls published Sunday by Israel's public broadcaster Kan, Channel 10 News and Israel Television News Company, Netanyahu tops the charts for the April elections, ranging between 27 to 31 of the 120 Knesset seats, depending on the poll.

Without combining forces, Yesh Atid is expected to garner 12 - 16 seats, and Gantz’ new party between 13 - 15 seats. The Zionist Union is expected to drop from the 24 seats it has in the current Knesset, to 8 - 9 seats, depending on the poll.

1.
Joint list
No way in the world these 2 guys are joining. They both hold too highly of themselves...