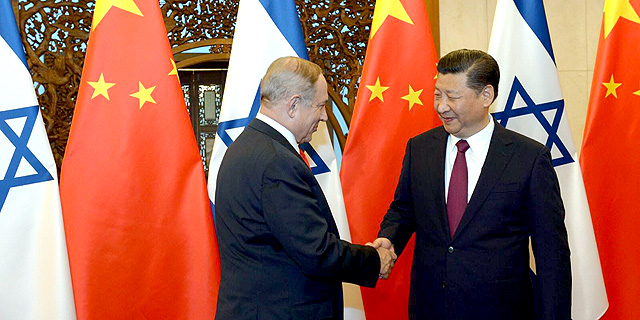 The U.S. Deputy Secretary of Energy Dan Brouillette warned Israeli officials that the U.S. may limit intelligence sharing with the Jewish State if no steps are taken to regulate foreign investments

The U.S. Deputy Secretary of Energy Dan Brouillette warned Israeli officials that the U.S. may limit intelligence sharing with the Jewish State if no steps are taken to regulate foreign investments.

While visiting Israel, Mr. Brouillette shared the U.S. “concerns regarding certain Chinese foreign investment in Israel”, according to Reuters.

Head of the Israel Security Agency Nadav Argaman warned that Israel needs to up its regulations against foreign investors in key infrastructure projects throughout the country last week.

The director of the Shin Bet, as the agency is commonly referred to, said that when it comes to strategic projects Chinese influence can be “dangerous,” speaking at a closed-door event held at Tel Aviv University, Israel’s Channel 10 reported last Monday.

Argaman specifically referred to the China-based firms that take part in the construction of a seaport in Haifa, in the north of Israel, and in a large-scale project to build a light rail in Tel Aviv.

The Shanghai International Port Group won a government contract to build and operate the seaport for 25 years in 2015. American navy vessels dock at the port, Israel’s busiest, regularly.

Over the last decade, dozens of Chinese companies have entered the Israeli market in major transportation and infrastructure projects, including the China Civil Engineering Construction Corporation Ltd. (CCECC), a state-owned company operating in Israel since 1994, contracted to dig the tunnels for the underground portions of the Tel Aviv light rail.

China, not including Hong Kong, accounts for more than 8% of Israeli exports. Israeli exports to China reached $2.8 billion in the first half of 2018, a 73% increase from 2017, according to Israel’s Central Bureau of Statistics. “There is a gap between the laws in Israel and security needs in terms of overseeing foreign investments,” Argaman said. The gap has the potential to turn lethal, he said, adding that new legislation is needed.

The Committee on Foreign Investment in the U.S., or CFIUS, reviews anticipated foreign investments in sensitive sectors of the American economy and has the authority to veto deals that could negatively impact national security. Netanyahu directed his chief economic adviser Avi Simhon and national security adviser Meir Ben-Shabbat to design a mechanism for reviewing foreign investments in Israel, Israel’s Channel 10 reported in July. The discussion among Simhon, other government officials and lawmakers revolved around Trump’s tariff policy and China, according to the report. Israeli Labor party lawmaker Omer Barlev put forth a motion for a bill that would see Israel create a CFIUS equivalent. In a conversation with Calcalist on Monday, Barlev said his motion was to be brought before the Israeli parliament the same day Netanyahu’s coalition dissolved and elections were called.