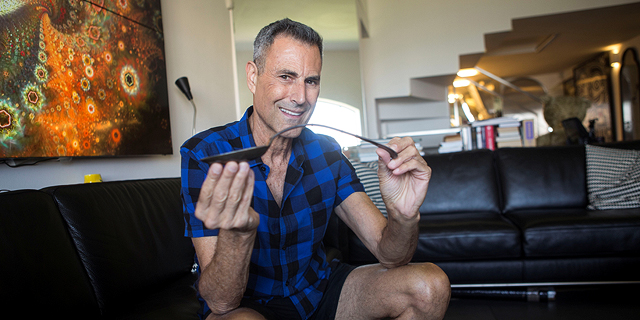 Uri Geller, the Israeli illusionist best known for his mental spoon-bending trick, has appealed to the Tel Aviv district court Monday regarding a decision by the Israel Tax Authority to levy a one-off property tax on him for a luxurious house he leases in Jaffa.

Geller has yet to respond to Calcalist’s request for comment.

Geller signed an agreement in 2016 to lease the property until 2072 for NIS 11.5 thousand ($3,150) a year, in addition to a one-time fee of NIS 356,500 ($97,800). Geller has also renovated the three-story property, which overlooks Jaffa’s port. The tax authority viewed the transaction as an acquisition of property, and therefore imposed a tax of several hundred thousand shekels on Geller.

The authority recently rejected Geller's objection to the tax payment, leading his attorneys to file an appeal. Geller contests the tax, stating he did not purchase the property. Even if he did, he stated, he would be entitled to Israel’s first-time buyer tax benefit, meaning he would only have had to pay taxes on property valued above NIS 1.5 million (approximately $411,000), which the total sum he is paying for the lease does not reach.

1.
Uri and Israeli laws
Uri Geller knows how to bend cutlery but he must not bend the laws.