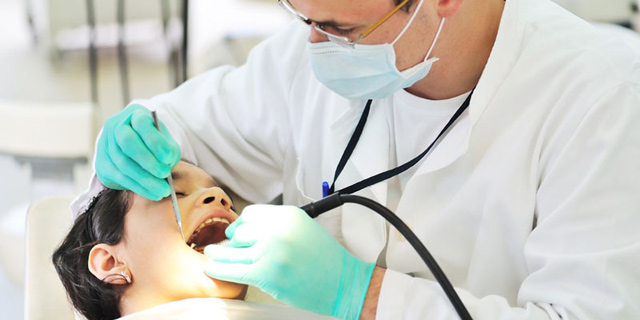 How Netflix’s Quarrel With Dentists Reflects on the First Amendment

As U.S. dentists accuse Netflix of spreading misinformation on root canals in a recent documentary, researcher Dov Greenbaum discusses whether filmmakers should be held responsible for bad science

This past fall, Netflix released Root Cause, a documentary following Australian filmmaker Frazer Bailey’s journey to discover the source of his wide-ranging medical malaise. As the name suggests, he traces his problems back to a decades-old root canal.

Over the course of the film, Bailey makes a number of supercilious and arguably specious claims regarding the safety of root canals, such as “98% of women that have breast cancer have a root canal tooth on the same side as their offending breast cancer.” 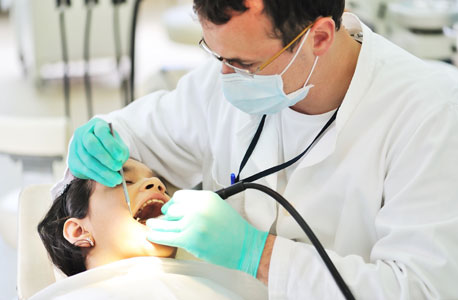 In early February, the UCLA School of Dentistry succinctly described their concern with the film in a statement claiming “(the filmmaker’s) premise is based on junk science and faulty testing conducted more than 100 years ago that was debunked in the 1950s, continuously since then and is even more discredited today by physicians, dentists, and academics. Mainstream medical and dental communities overwhelmingly agree that root canal treatment is safe, effective and eliminates pain.”

In what is likely an unprecedented move, at the end of January, the three largest dental associations in the U.S., representing together nearly 200,000 dental professionals, requested that Netflix, Amazon, Apple, and video streaming website Vimeo consider the repercussions of making the video available. “We respectfully suggest that continuing to host this film is potentially harmful to the public, allowing the spread of fear-based on misinformation and speculation that is not supported by medical evidence,” the associations’ statement read. These associations also wrote all of their members instructing them on how to deal with misinformed patients who may have watched the film, including posting information in support of the safety and efficacy of root canals on their respective websites.

Certainly, Netflix and other content providers would seem to seek out this type of provocative film, given the infinite other choices that are also vying for eyeballs. But, in their defense, particularly in the age of the internet, ought not viewers have the responsibility and the capability to assess the veracity of what they watch? Especially given the growing scourge of fake news, no one should ever take any claim at face value. Although we all know that we do.

At its heart, this story represents a recurring and fundamental issue that pits free speech against allegedly dangerous disinformation. More specifically in this case, is the purported misrepresentation of a longstanding standard medical procedure as risky similar to shouting “fire” in a crowded theatre? Looking back at a century of U.S. jurisprudence, the answer seems to be not similar enough to have the government limit freedom of expression, no matter how reprehensible.

Film and the First Amendment have had an uneasy relationship from the outset. Governmental efforts to censor immorality, incitement, and indecency have been consistently found unconstitutional over the past century. In a 1957 ruling in the case of Roth v. the U.S., the Supreme Court noted that all ideas with even the slightest redeeming social importance should be granted the full protection of the First Amendment of the U.S. Constitution. Even the filming of animal torture was found to be legal in 2012 in U.S. v. Stevens, necessitating Congress to enact a specific law. More recently, in 2015, the disturbing film content that allegedly set off the murder of the U.S. Ambassador to Libya was found to be uncensorable by a federal court in Garcia v. Google, albeit on copyright grounds.

Returning to root canals, the issues here go beyond just dentistry. Public policy is often shaped by the public’s perception of science, and the public is often informed (or misinformed) of many complex but relevant technical, legal and scientific concepts through pop culture. Consider the CSI effect—eponymously named after the popular procedural forensics crime drama television franchise—that has led to documented instances where juries decide criminal cases based on a perceived but inaccurate reality that is fed to them by the television show. Even some of our visceral fears of AI and genetically modified organisms (GMO) can be traced back to Frankenstein.

Given this great power, do movie producers have some concomitant great responsibility to make sure they do not misinform the public about say, climate change in a movie like the Day After Tomorrow, or genetic engineering in a movie like Jurassic Park? Should filmmakers be responsible for the presentation of accurate medical and scientific information to adults, given pop culture’s tangible effect on our perception?

In spite of their sure legal footing, the film industry has nevertheless already self-regulated itself with the Motion Picture Association of America (MPAA) rating system, as well as guidelines, for example, to prevent intentional animal cruelty on set. But should this self-censorship expand to science and technology? Is the film industry even qualified to determine what is, and what is not good science?

Meanwhile, Facebook, another content provider, similarly faced with the relentless Sword of Damocles of overt government regulation over its head, has, particularly when a scandal erupts, claimed that it will also self-regulate. Facebook content has also been shown to have real-life negative repercussions, including riots and murder. In its most recent effort to stave off government regulation of dubious content, Facebook announced the convening of an international panel to oversee its content curation. Dubbed the Supreme Court of Facebook—although also pejoratively nicknamed the Supreme Scapegoat, for when things go wrong—this is Facebook’s most recent effort to keep what it defines as “bad content” off of its site.

While this most recent effort by Facebook will likely fail to prevent the immediate and sometimes violent outcomes of nefarious propaganda on its site, particularly given the speed at which social media information is created and travels, such a system might be useful in the area of film where production times are significantly longer. In light of the brouhaha of Root Cause, perhaps Netflix and other video content providers might consider developing a similar deliberative panel made up of scientists, medical personnel, and non-partisan policymakers that could examine particularly problematic films for destructive content. Netflix need not even remove the offending content, rather just attach a disclaimer, akin to the disclaimers already added to films by the American Human Society that no animals were harmed in the making of the film: “science was misrepresented in the making of the film.”