Amazon’s cloud assets can be worth more as an independent entity, according to Yifat Oron, CEO of Leumitech, the technology banking arm of Israeli Bank Leumi

As one example, Oron said, Amazon’s cloud assets can be worth more as an independent entity. 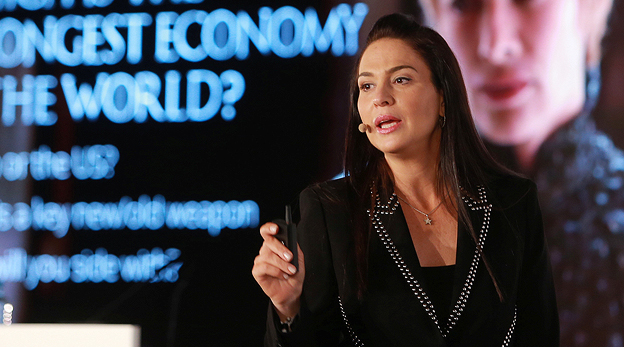 CEO of Leumitech Yifat Oron (video: עמית שעל)
Oron serves as the CEO of Leumitech, the technology banking arm of Israeli Bank Leumi. She joined the bank in 2014 after several years as a technology investment banker at JP Morgan Chase, and a decade of venture investing.

The U.S. is lagging behind China in the data game due to the far-reaching access the Chinese government has, Oron said, speaking at Calcalist’s WeTechBerlin event.

Leumitech celebrated its fifth anniversary earlier this month. Now serving over 5,000 startups in Israel, the U.K., and the U.S., Leumitech extends credit spanning from $20,000 to several hundreds of millions of dollars to companies, according to Oron. Leumitech also serves a large number of Israeli venture capital funds, often registered in offshore locations.

Both the U.S. and China see Israeli tech as a strategic asset, and in some possible outcomes, Israeli firms may find they are required to pick sides, Oron said in a recent interview with Calcalist.