Autonomous Cars Will Not Hit the Market for a Long Time, Says Porsche Executive

If you’ve been saving all your pennies waiting anxiously for fully autonomous vehicles to hit the market, you should hang tight, according to Philipp von Hagen, investment manager and member of the executive board at Porsche SE, the controlling stakeholder in the Volkswagen Group.

While Berlin has seen some autonomous vehicles, they are not spotted on public roads, according to von Hagen, who was interviewed on stage by Ben Kaminski, a partner at venture capital firm Target Global, at Calcalist’s WeTechBerlin conference Tuesday. 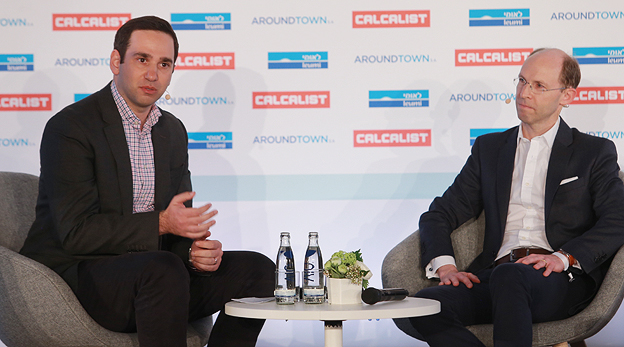 Philipp von Hagen and Ben Kaminski (video: עמית שעל, redactor: עומרי מתיתיהו)
Following conferences in San Francisco, New York, London, and Paris, Calcalist’s most recent tech conference took place in Berlin on February 18 - 19. The event brought together Israeli industry executives, entrepreneurs, and potential partners and investors from some of Germany’s biggest corporations. “I think it will be a very, very long time before we see consumer products which we could buy as a fully autonomous vehicle,” von Hagen said. Volkswagen Group will introduce 27 new electric and hybrid models over the next three years, according to von Hagen. “There is a lot of product differentiation that is coming to the market, and it won’t end there,” Von Hagen said.

In May, Volkswagen AG opened an innovation and scouting campus in Tel Aviv. The group uses its local foothold as a way to tap the local innovation eco-system, von Hagen said. “We do, of course, collaborate in a big way with Mobileye,” he added. Intel’s Mobileye and Volkswagen AG plan to have hundreds of autonomous taxis on Tel Aviv’s streets by 2022, the companies announced in October.