Soon You Will be Able to Charge Your Car in Under 10 Minutes, Storedot COO Says

Israel-based battery startup StoreDot Ltd. is working on a car battery that will take less than ten minutes to charge, Erez Lorber, StoreDot’s chief operating officer said at Calcalist’s WeTechBerlin conference on Tuesday. For daily updates, subscribe to our newsletter by clicking here. Founded in 2012, and based in the Tel Aviv suburb of Herzliya, Storedot develops fast-charging batteries for mobile phones, tablets, and laptops, as well as for electric vehicles. 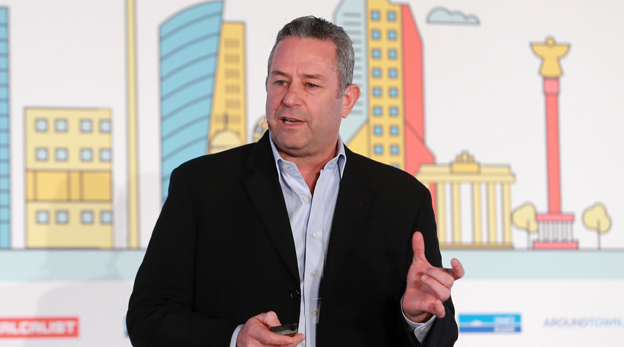 Erez Lorber at WeTechBerlin (video: Amit Sha)
The company has raised $158 million to date, according to Pitchbook data. The company’s investors include Samsung and German carmaker Daimler AG. Storedot announced in November that it signed an agreement with Shenzhen-listed lithium batteries manufacturer EVE Energy Co. Ltd. to manufacture its products for electric vehicles and mobile devices in China.

StoreDot is developing a battery for electric cars that will take between “five-ten minutes” to fully charge, he added. “Most of the world’s population can not charge slowly, they do not have a garage and must rely on public charging infrastructure,” Lorber explained. In two years, the company expects to have its full operating prototype of such a battery, Lorber said.