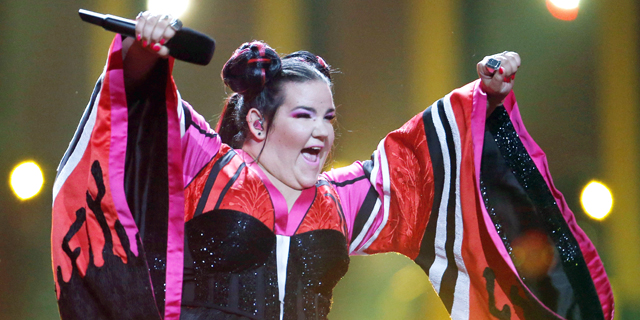 A Week and a Half From the Final, Israel’s Eurovision is Floundering

On Sunday, organizers decided to cancel VIP ticket sales for the semifinals and began offering a 10% discount on tickets

The recent round of blows exchanged between Israel and Hamas is yet another straw on the backs of the organizers of the Israeli Eurovision event, adding to the stress of disappointing ticket sales a week and a half away from the event’s final.

On Sunday, the event’s organizers canceled VIP ticket sales for the semifinals and began offering a 10% discount on semi-final tickets.

Hundreds of tickets for the semifinals and rehearsals weren’t sold, putting pressure on the organizers, according to several people familiar with the matter who spoke to Calcalist on condition of anonymity. “The tickets were extremely expensive in the first place, leading fans to deliberate whether they wanted to buy a ticket for the dress rehearsal, and there was no demand for the VIP packages,” one of these people said, adding that any reduction to the ticket prices is expected to anger those who bought their tickets at full price. A spokesperson for the Eurovision production said that only rehearsal tickets were discounted, with the intention of boosting sales. So far no artists have canceled their participation, but tourists may be a different story. “Tel Aviv is expecting 10,000 tourists, but we’ll be lucky to see 5,000,” said one person related to the event’s production. Flights to Israel are expensive, the person said. “Local hotels tripled their rates and are now slashing them at the last minute.” “People wanted to make money, and it’s coming back to bite them,” that person said. Prices for the 2016 Stockholm Eurovision ranged between 11 Euros and 280 Euros. For the 2018 Eurovision, the range was 35 euros to 299 euros. The most expensive ticket for the 2019 Eurovision, which offers attendance for all three live shows, is set at NIS 3,700 (905 euros or $1,030).

Eytan Schwartz, head of the City of Tel Aviv’s Global initiative, told Calcalist that the city’s tourism estimates are based on previous Eurovision events. Based on the numbers of tourists that came to Kiev, Stockholm, Vienna, and Lisbon and cross-referenced with the number of tickets offered for sale, Schwartz said, they have forecasted 1.8 tourists for every seat, meaning 15,000 people. expensive accommodations and entertainment, for which Tel Aviv is known, has caused the city to reduce its expectations down to 10,000 tourists, he said. “That’s an estimate that sounds reasonable,” Schwartz said.