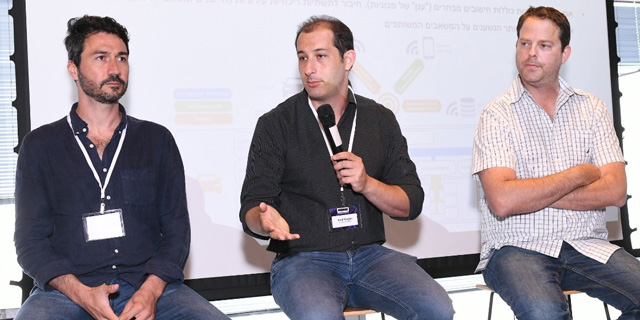 "Regulation does not restrict development of the autonomous car. Drivers are required to be active for at least some of the driving in autonomous cars when on the road but supervision of them is very minimal," Asaf Kagan, director of the autonomous vehicle sector at Israel-based computer vision and machine learning company SAIPS AC Ltd., acquired by Ford Motor Company in 2016, said.

Kagan spoke Thursday at a Tel Aviv conference on innovation organized by Israeli law firm Pearl Cohen Zedek Latzer Baratz and patent attorneys in memory of Yoel Amir, one of the first senior engineers at the Dimona nuclear reactor. In the 1960s, Amir served in a secret army reserve unit that was involved in the development of weapons. 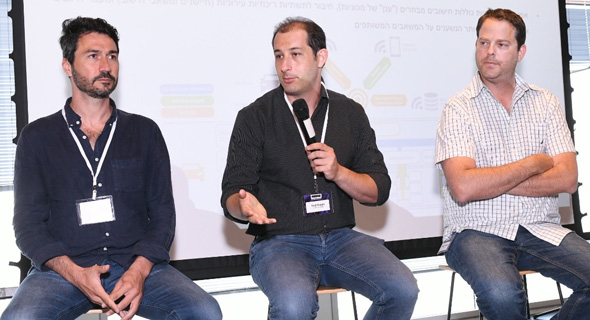 Kagan spoke about the levels of driving in autonomous cars and situations in which the driver is not required to take any actions. "Companies like Google and General Motors are already talking about High Driving Automation in which a car knows how to drive completely independently but with certain restrictions,” he said.

“This type of vehicle will require significant supervision. At the beginning, we will need to convince a committee that our planning is sufficiently safe in order to put the car on the road,” Kagan said. This could pose a problem in itself because the algorithms in the artificial intelligence sector are very complicated and it is difficult to explain how they work to committee members, who are less familiar with the field, he said.

According to Kagan, an additional layer of implementation is required from the practical regulatory perspective in order to prove that AI drivers perform better than humans. “The highest level of autonomous driving, which is called Full Driving Automation, is still a distant dream,” even for industry leaders, Kagan said.

The main challenge in the autonomous driving sector is planning, Kagan said.

“We must figure out how various factors in a scenario will react if I were to take action,” he explained. The autonomous vehicle sector still requires a lot of research and not many people have the necessary know-how, he added. According to Kagan, this is why most later stage startups focus on other elements, such as assembly, because they are easier to address.

“In 15 years, we will be in a situation in which many cars will try to analyze the same scenario and figure out their next action but they will only have some of the data. Therefore, they will have to communicate among themselves,” Kagan said. It is possible to install sensors on every traffic light and road sign, that will help autonomous cars make smart decisions, he explained.

"Today, 35% of overall agricultural produce is thrown in the trash due to crop diseases, pests, and irrigation problems,” Taranis Co-Founder Amihay Gornik, co-founder of agricultural intelligence company Taranis-Visual Ltd., said at the conference.

“We are carrying out a kind of farming revolution and trying to overcome these obstacles through layers of data,” Gornik said. Using drones, moving at a speed of 200 kilometers per hour, Taranis photographs Agricultural fields from the air taking about 4,000 pictures a day, he explained. “In order to cope with the quantity of data and to produce real-time conclusions you need a bank of targets and software that was taught to identify what constitutes a problem and what does not,” he added.

Roy Shmuel, CEO of Tel Aviv-based computer vision startup Sightec (Israel) Ltd., which is developing navigation and orientation technology for drones, also spoke about the challenges in the aerospace industry.

"Cities are becoming more and more densely populated in various regions around the world and traffic in them is congested with huge jams. We see huge companies like Boeing and NASA with massive federal budgets and many teams around the world trying to find a solution to the problem. Google, for example, is concentrating on deliveries and recently received approval for Google Wing to begin using drones for deliveries in Australia and Amazon is also working on a similar method," he said.

"The challenge is to find lightweight solutions so that autonomous aerial vehicles can take off without external assistance and still be very strong. How do you bring the strength capabilities of the computer to the end-user? It is important to remember that we are dealing with the aerial sector and must cope with the problem of gravity. Today, the drones that dominate the market go up for short flights of 20-30 minutes and the solutions must be better. In addition, safety regulations in the aviation world are much stricter than in the automotive world. I am transporting a package from one point to another and I have to be able to track it. We know about similar problems from the world of combat where there is concern about remote control of GPS and diverting drones from their flight paths. The number of decision that the pilot must take while in the cockpit is substantial. The vision is a system that will know how to provide information in a smart and accurate way in real-time in order to make immediate decisions to ideally prevent autonomous devices from crashing."