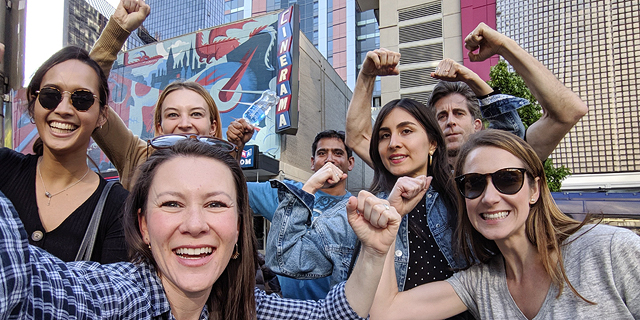 Building a team is hard and keeping it motivated and unified can be an even bigger challenge. New York-based Strayboots, incorporated as WalkInThePark Ltd., helps companies do just that by creating digitized scavenger hunts and other team building games and activities to keep employees engaged.

More than 100,000 people in more than 100 cities worldwide have participated in the company’s hunts, trivia games, museum races, and other activities, Ido Rabiner, Strayboots co-founder, told Calcalist in an interview Tuesday. Strayboots counts Amazon, Microsoft, Google, Nike, Adidas, and Facebook among its clients.

The company is primarily active in Europe and the U.S., and Rabiner said it is working to expand into Asia. The company runs its activities through a dedicated app. Participants are given group tasks and can track their progress and compare it to that of opposing groups in real-time. The typical hunt lasts for between two to three hours, but can be stretched over a whole day, Rabiner said.

Strayboots has recently contacted the Guinness Book of World Records asking to list a recent 2,000-people scavenger hunt, which it operated last month in Atlanta. The company's standing in regards to Guinness' record is pending approval, Rabiner said.

Founded in Tel Aviv in 2015, Strayboots has raised $825,000 to date, according to Rabiner. The company has 38 employees in the U.S., Israel, and Portugal, and is currently embarking on a new funding round.