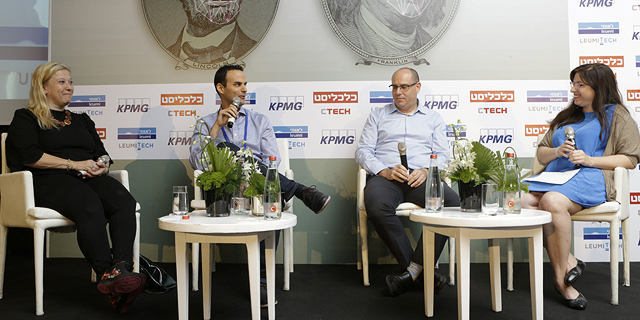 Regulators must prepare for Libra before its launch, or it will be too late, Ornit Shinar, head of venture investments in Israel for CitiGroup, said Monday during a panel on fintech trends. Speaking at a fintech conference held in Tel Aviv by Calcalist, Bank Leumi’s tech banking arm LeumiTech, and accounting firm KPMG, Shinar said that it is a regulator's responsibility to make sure new initiatives will not become problematic.

Libra is a revolution on a global scale, and therefore regulation needs to be dealt with on a global scale, said Omry Ben David, a partner at Viola Ventures. "Libra is a Facebook initiative, but Facebook did something smart: it separated the Libra organization, which has dozens of equal members, from its own subsidiary Calibra, which will develop the relevant technology." It is a democratization of financial services, he said, adding that alongside the risks and concerns there is also an opportunity to make many services accessible to developing countries.

To increase competition and innovation in the market, regulators must diversify players and separate businesses, Shimony said, giving as an example the recent mandated separation between Israel's two largest banks, Leumi and Poalim, and their credit card subsidiaries.

Regarding what investors look for in fintech startups, Shinar said more startups should take a holistic view of problems. Ben David agreed, saying Viola Ventures looks for companies that provide wide platforms rather than solutions to specific needs.

The Israeli market is open to fintech initial public offerings, and investors are skilled in recognizing the next market leader, Shimony said. Shinar added that while the Israeli ecosystem creates interesting fintech companies, Israel is lagging behind when it comes to helping those infrastructure-changing solutions benefit the public.