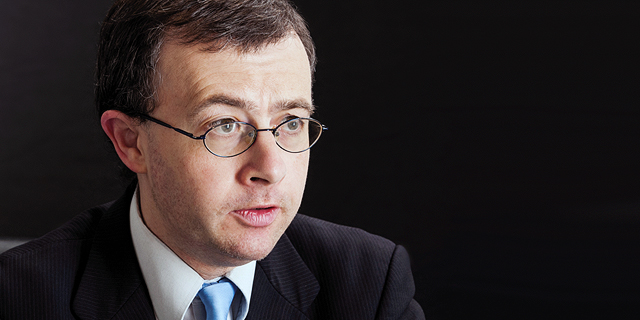 Richard Kaye, portfolio manager of the Comgest Growth Japan fund, has been involved in the Japanese market since the lost decade

Japan is facing a turning point that could spell opportunities for Israeli investors, according to Richard Kaye, portfolio manager of the Comgest Growth Japan fund. In a June interview with Calcalist, Kaye, who visited Israel to meet with institutional investors, said that Japan is changing its economic strategy and is entering stable economic growth after two decades of a weak market.

Kaye, a graduate of Oxford University in oriental studies, started his career in Japan in 1994 as a tech analyst at the Industrial Bank of Japan—soon after the country entered its “lost decade,” a period of economic stagnation that followed the collapse of an asset price bubble in late 1991. Before joining French investment group Comgest SA in 2009 as co-lead of its Growth Japan fund, he also worked for Merrill Lynch and the Wellington Management Company. 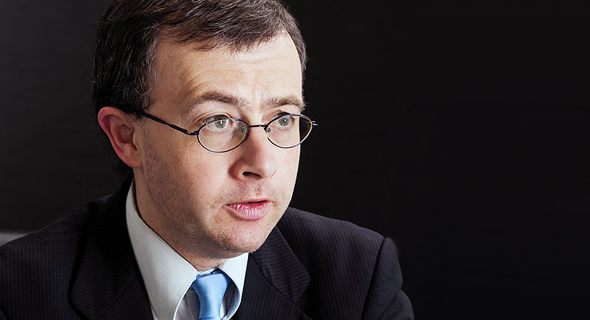 In 1989, Japanese companies made up 30% of the MSCI World index, a market capitalization-weighted collection of stocks from all developed countries. Today, after around two decades of relatively insignificant yield from the Japanese market, they make up 8%, and Israeli institutional investors are not quick to bite, something Kaye is hoping to change. Comgest estimates that around NIS 1 billion (approximately $280 million) is invested by Israeli entities in Japan, half of the sum through Comgest, Kaye said. According to Kaye, The recent U.S.-China tensions are increasing Israeli interest in the Japanese market. Comgest Growth Japan saw its assets under management grow from 700 million euros to 2.2 billion euros within two years, he said, adding that most of that growth came from the U.S., Israel, Latin America, and Japanese pension funds. In the last decade, Japanese pension funds saw a low-negative yield, because the economic situation in the country meant funds were reluctant to invest locally, Kaye said. But over the past six years those funds had to change their mode of operation, partly due to government pressure and partly due to pressure from shareholders, he added.

The Japanese venture capital market also offers opportunities to invest in markets like India, China, and Indonesia at a much lower cost than a direct investment would entail, Kaye said. Comgest Growth Japan, for example, has six or seven Japanese companies that operate in China, he said, and investing in them would be less costly than investing in a Chinese company. That is what people do not understand about the Japanese market, Kaye said—due to its geographical location, Japan is a gateway to nearby economies as well. Regarding China, Kaye says many Japanese companies share the suspicion other countries view the East Asian nation with. A lot of companies do not manufacture in China due to intellectual property theft concerns, he said, excepting some car manufacturers, for which collaborations are the only way to reach the Chinese market. Comgest Growth Japan does not include automotive companies in its portfolio, he said, mostly due to the instability autonomous vehicles are bringing to the market.