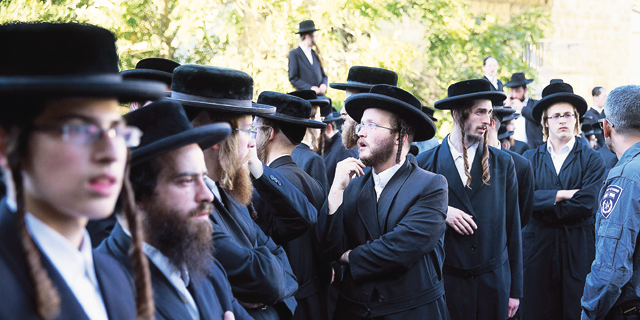 Exclusion of Haredi Jews From Workforce Could Cost Israeli Market Over $100 Billion a Year, Official Says

According to data by the Israeli Ministry of Finance, the employment rate among Haredi men has been in a downward trend in the past two years

If the employment rate of ultra-Orthodox (Haredi) Jewish men will remain at a standstill, it will cost the Israeli market more than $100 billion a year within the next several decades, according to Israel’s Ministry of Finance.

The data was presented last week by Assaf Wasserzug, the deputy head of the budget division at the ministry, at a conference held by Jerusalem-based independent research center the Israel Democracy Institute. The conference was focused on the controversial Haredi Draft bill, years in the making, that would see the mandatory military enlistment of ultra-Orthodox men. 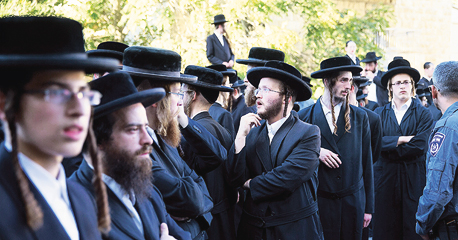 A demonstration against the Haredi Draft Bill in Jerusalem in 2016. Photo: Ohad Zwigenberg

Israel has mandatory military service for any persons aged 18, with exemptions given to women on religious grounds and to Haredi men who continue their religious studies. This arrangement requires Haredi men to dedicate at least 45 hours a week to Yeshivah studies and avoid all other work until the age of 22. Haredi men who halt their religious studies, enroll in academic studies, or gain significant employment before the age of 24 may be enlisted for military service at once. In the conference, both Wasserzug and Yulia Eitan, head of the Employment Administration for Special Populations at the Israeli Ministry of Labor, Social Affairs and Social Services, presented data supporting an initiative to lower the age when Haredi men can be exempt from military service, in order to encourage them to enter the workforce. According to Wasserzug, the employment rate among Haredi men has been in a downward trend in the past two years dropping from 52% to 50.5% today, compared with 87% for non-Haredi Jewish men. The data Wasserzug presented showed that should this remain the case, the exclusion of Haredi men from the workforce would cost the Israeli market NIS 40 billion (approximately $11.25 billion) a year by 2030 and NIS 400 billion (approximately $112.5 billion) by 2065. These numbers were calculated taking into account the characteristically high fertility rate among the Haredi population. The sums were calculated according to an estimated average monthly salary of NIS 8,000 (approximately $2,250).

According to Wasserzug, lowering the age of exemption by just one year will lead to a 0.2% increase in Israel’s gross domestic product (GDP) by 2065, while lowering it from 24 to 21 would increase the GDP by between 0.5% and 0.7%, due to added years of professional education and experience. Eitan also had a similar recommendation stating the integration of the Haredi population—expected by the Israeli Central Bureau of Statistics to amount to 33% of the country’s population by 2065—would be more effective, if these people could enter the workforce at a younger age.