Among the selected projects is a reservation management tool for mikvehs, ritual bathhouses used for religious purposes in Judaism

Jerusalem, in collaboration with the Israeli Ministry of Economy, has earlier this week launched an accelerator program for ultra-Orthodox (Haredi) entrepreneurs looking to establish startup companies.

The goal of the 6-month program is to bring projects from inception to fruition as operational startup companies. Twelve projects, five of which are led by women, were chosen for the program and will receive professional, technological, and business-oriented mentorship, assistance in finding funding opportunities, and help in establishing a professional network, according to a statement released by the city Monday. The accelerator will be operated by Israel-based accelerator management company Cinnovate, a subsidiary of holding company Eshet Group Ltd. and The Ministry of Industry, Trade and Labor at Jerusalem's Young Adults Center. 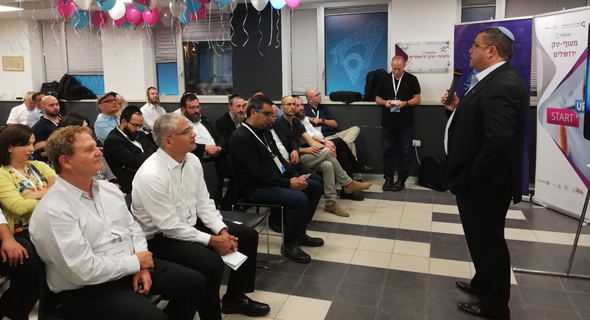 Among the selected projects are ByTheWay, a language-learning platform, ShipApp, a delivery fleet management tool that allows delivery companies to collaborate using mutual resources, and Mikveh Online, a tool for managing reservations to mikvehs—traditional bathhouses used for religious purposes in Judaism. Israel’s tech industry has been suffering from an acute talent crunch for the past few years. As it becomes increasingly difficult for the local industry to recruit new employees and maintain their current staff, some set their eyes on the currently untapped Haredi population.

According to a study published in 2017 by the Israeli Ministry of Finance, Ultra-Orthodox men and women take up only 0.7% of technology jobs with above median wages in Israel. They are generally excluded from the country's lucrative tech industry, partially due to a focus on religious studies among many Haredi men as well as social and cultural restrictions on the employment of men and women.

Amounting to 11% of Israel’s population as of 2018, the ultra-Orthodox population is expected to account for 32% of the population by 2065, according to data from Israel’s Central Bureau of Statistics.

Correction, July 2, 2019: this article has been edited to include additional partners in the project, which were not previously mentioned.