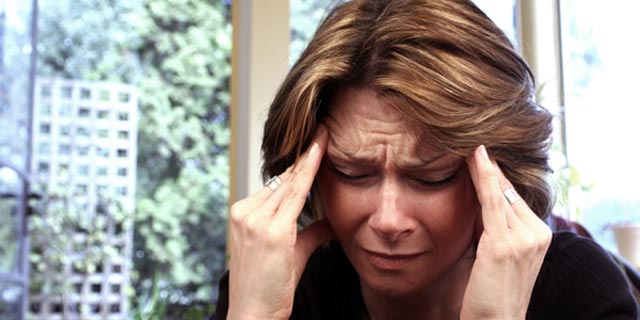 This Headset Could Treat Migraines

Migraine affects one in 10 people worldwide, according to a 2017 study published in the Journal of the Neurological Sciences. Symptoms often expand beyond severe headaches, to nausea and vomiting, dizziness, sensitivity to light, sound, and smell, and vision problems. Migraine sufferers are also more likely to suffer from anxiety, depression, and sleep disturbances, according to U.S.-based Migraine Research Foundation. No one treatment has been found to work effectively for everyone, and most rely on over-the-counter medication, the overuse of which increases the risk of episodic migraine turning chronic. Founded in 2013 by Shmuel Shany and Amit Dar and based in Israeli city Netanya, Neurolief raised less than $6 million to date. The company’s recently approved product, Relivion, stimulates both the occipital nerves—those that go from the top of the spinal cord up the scalp—and the trigeminal nerves, responsible for sensation in the face and actions such as chewing. The stimulation affects brain networks associated with the control of pain, according to the company. The device is meant for home use.

To secure the CE Mark, Neurolief carried out a double-blind clinical investigation in which 55 migraine sufferers were split into two groups. One was treated with the device, while the other received a placebo device. Two hours after the start of the treatment, 76% of the group treated with Relivion reported feeling relief, according to Nuerolief, compared to 31% of the control group. Furthermore, in the treatment group, 43% of those who reported moderate or severe pain prior to the treatment reported being pain-free after two hours, while less than 11% of the control group did so. According to Neurolief, the headset’s self-learning, cloud-enabled system connects to a mobile app that in the future will be able to adapt to each patient and offer personalized treatment.