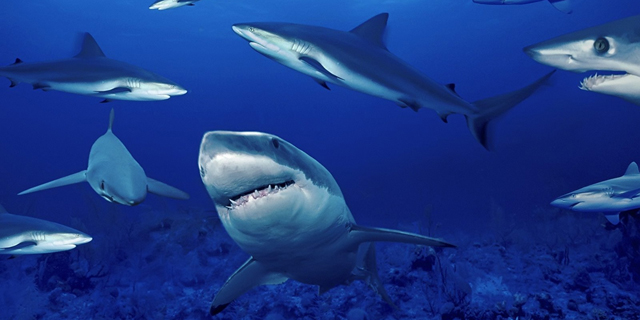 Of Sharks and Nuclear Power Plants

Nuclear reactors have been in the news again recently, but not for the reasons you may be thinking of. The first shipment of nuclear fuel for Unit 3 of the Alvin W. Vogtle Electric Generating Plant, located near Waynesboro, Georgia, was ordered last month. The Vogtle plant's expansion represents a milestone in U.S. nuclear power, in that it will house the only nuclear reactor in the country to come online in nearly four decades.

Europeans might be surprised to learn that the U.S. is home to less than 100 civilian nuclear power reactors. This is an order of magnitude less than the aspirational 1,000 that were supposed to be operational by the year 2000, as per the Atoms for Peace initiative set in motion by President Dwight D. Eisenhower in a famous speech to the U.N. General Assembly on December 8, 1953. Part of Operation Candor, the goal of the speech was to highlight the peaceful and lucrative uses of nuclear power, in the shadow of the U.S. bombings of Hiroshima and Nagasaki at the end of the Second World War, and in light of the developing cold war between the two emerging nuclear superpowers—the U.S. and the Soviet Union. 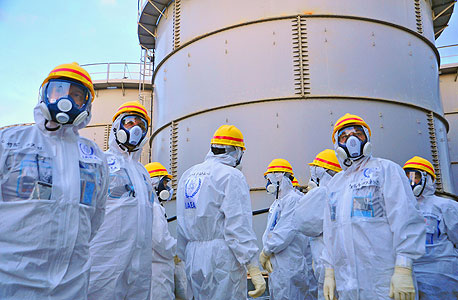 While Eisenhower hoped that “the miraculous inventiveness of man would not be dedicated to his death, but consecrated to his life,” his vision seems to have failed to come to fruition. Nuclear power represents just 17% of the total global power supply, all of its benefits notwithstanding. And this is not just the case in the U.S. Arguably, the current state of nuclear power is on a worldwide wane, with several countries now vowing to phase out and shut down all of their nuclear power programs in the wake of the 2011 Fukushima Daiichi disaster.

There is little consistency among the various rates of mortality and evacuation after the tsunami hit the Fukushima nuclear power plant. But, according to many recent analyses, much of the resulting death was not due directly to the failing reactor, but to the mass evacuation that followed. According to the World Health Organization, most of the mainly elderly evacuees received only de minimis exposure to radiation. In fact, the fear of a rise in cancer rates, even among the power plant workers who were directly exposed has yet to materialize. According to the Japanese government, there has thus far been only one attributable death.

What we have learned in the aftermath of the Fukushima disaster indicates that nuclear power has a mortality rate far lower than any other form of electricity generation, including wind. Given that nuclear power produces fewer greenhouse emissions than any other form of electricity generation—except for wind power—the lack of nuclear reactors becomes even more puzzling, especially in light of global warming concerns.

Even given these statistics, it is likely that most readers are still convinced that the risks of nuclear power far outweigh the benefits. But the readers, like the voters who keep nuclear reactors from being built, are being misled, mostly by themselves.

The unifying theory of cognitive miserliness, a term first coined by psychology researchers Susan Tufts Fiske and Shelley Elizabeth Taylor in 1984, is a long-standing assumption in human psychology. Fiske and Taylor’s insight suggests that the human brain employs many efficiency shortcuts, especially prior knowledge and intuitions, to make unconscious assumptions and inferences. Nobel laureate Daniel Kahneman and mathematician Amos Tversky famously utilized this theory to account for how even sophisticated statistical researchers make non-conforming intuitive judgments that seem at odds with their training.

In the foundational language of behavioral economics, this is attributable to our unconscious and fast inner autopilot that relies on a multitude of cognitive biases to function efficiently, often jumping to somewhat irrational and spurious causal conclusions, especially when data is scarce. Kahneman claimed that these cognitive illusions concocted by the miserly brain are distinct from optical illusions, because while most will reassess their conclusions after working through an optical illusion, we often hold on strongly to our cognitive illusions, even in the face of strong evidence to the contrary.

To appreciate the relevance of this notion to the dearth of nuclear power plants, we need to establish where this cognitive system gets most of the data it needs to reach the conventional wisdom conclusions that nuclear power is too risky: the entertainment media.

But first, consider Shark Week, the Discovery Channel’s annual eight days of non-stop shark-centric specials and a mainstay of summer television since the late eighties. Our fear of and fascination with the viciousness of sharks is limitless, even though fatal shark attacks are exceedingly rare. You are more likely to die from a bee sting than from a shark. Even cows kill more people annually than sharks do. 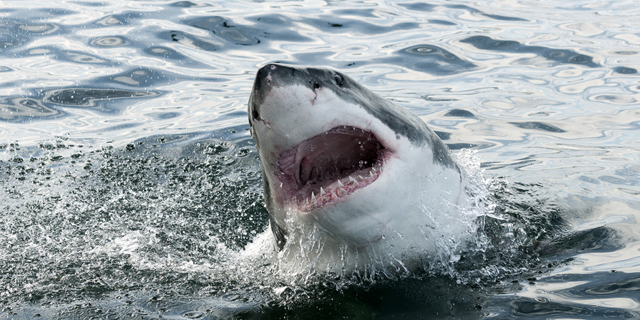 Sharks should blame human cognitive miserliness and particularly its use of the availability bias, for their infamy: we make snap judgments about the likelihood or risk of an event based on what examples come quickly to our mind. And, in the case of sharks, that example is often the 1975 summer thriller Jaws. This bias is repeatedly reinforced, even decades after the film's release, when news stories use the film as a touchstone in their coverage of shark attacks. Even more visceral than the imagery from the movie, and further cementing our societal galeophobia is the still popular John Williams Academy Award-winning four-beat musical score that accompanied it, which is instantly recognizable and dreaded worldwide as indicative of impending danger.

A similar framing happened around the same time with nuclear power when The China Syndrome, a feature film revolving around safety coverups at a nuclear power plant and starring Jane Fonda, was released in March 1979. Despite a stellar cast, the film was not particularly memorable, save for the coincidental near-meltdown at the Pennsylvania Three Mile Island (TMI) nuclear power facility less than two weeks after its premiere. In what has since become known as the Jane Fonda Effect, the public and the media confounded the fictional event with the relatively benign TMI incident, helping to amplify the perceived dangers of nuclear power for generations. Reportedly, even former Filipino dictator Ferdinand Marcos was forced to scrap his plans to build a nuclear reactor because of the film. Similarly, in China, many reactor projects were canceled in the wake of Fukushima.

Now, forty years after the film's release, the media is not content with just the bad taste left by Fonda’s anti-nuclear message. In May, HBO released its Chernobyl miniseries. While the director was adamant that the show’s main critique is of the communist cover-up and ineptitude during the event, the visuals tell a different story. While viewers might conclude that the resulting human loss from the disaster is unfathomable, according to the OECD,just 31 people died as a direct result of the Chernobyl meltdown. Moreover, the associated fires that ensued were actually more lethal than the radiation. Nevertheless, radiation is misrepresented in the show as an instantly disfiguring, hemorrhagic, contagion, and even as the cause for helicopter accidents, turning yet another generation of voters viscerally against nuclear power.

It may be purely coincidental that in the immediate aftermath of TMI, many of the aerial shots of the power plant were reminiscent of the iconic Castle Frankenstein, or it might not. In any event, we tend to jump to the familiar metaphors such as Frankenstein, his monster, and their cinematic decedents, to frame our understanding of what we perceive to be human hubris gone too far in the use of technology. In reality, it does not matter if we are talking about nuclear power, genetic engineering or any other technology. In these instances, film is often employed to create unsubstantiated perceived risks that threaten innovation.

Even though emissions from coal-fired power plants, which nuclear power should have replaced in the past decades, are responsible for thousands of premature deaths a year, freedom of speech allows the media to misrepresent nuclear disasters, whether intentionally or not, and effectively prevent the construction of new nuclear plants, which are safer and more environmentally friendly.

So, what can climate scientists, nuclear engineers, marine biologists, and geneticists do to change the public’s risk perceptions and the havoc it causes? All its blood, guts, and gore notwithstanding, Shark Week nobly aims to reframe the popular understanding of sharks from mindless apex predators to complex animals that are not nearly as big a threat as we perceive them to be. Other areas of science and technology need to learn how to do the same within their fields. Perhaps next year we can be enthralled by Nuclear Power Week.

1.
Reactors have been quietly starting up in the USA in recent years
One of these was in the SSN *Colorado*, whose entry into service was widely reported on. A significant fraction of the coverage did not mention the N-word. What's non-nuclear about a submarine whose engine is packed with uranium-235, not nearly as dilute as in a land-based electric power station? My explanation: government can make money kneecapping the on-land plants, because they power customers on whose behalf natural gas would otherwise be burned, and on this gas, tax would be paid. It's like a million a week per reactor. Isn't that rather a big thing to leave unmentioned?