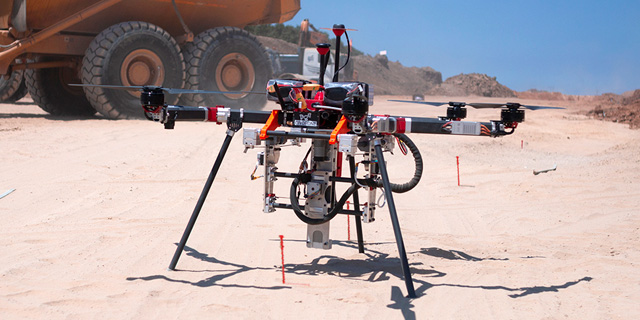 Israel-based drone startup Civdrone Ltd. has raised $500,000 from New York-based firm ff Venture Capital (ffVC), Civdrone’s co-founder and CEO Tom Yeshurun told Calcalist in a phone interview Monday. FfVC will lead a funding round for Civdrone, expected to be completed within the next six months, Yeshurun said. Founded in 2018, Civdrone develops a device that can be mounted on commercially available drones for land surveying and marking on construction sites. Civdrone’s technology uses a built-in highly accurate real-time kinematic (RTK) GPS system and a mechanism that inserts stakes into the soil for marking. Civdrone has eight employees and is currently in the process of hiring more people and relocating to Tel Aviv, according to Yeshurun.

Civdrone has raised $1.5 million to date, including $500,000 from GENIUS NY, a Syracuse, New York-based accelerator dedicated to unmanned systems.