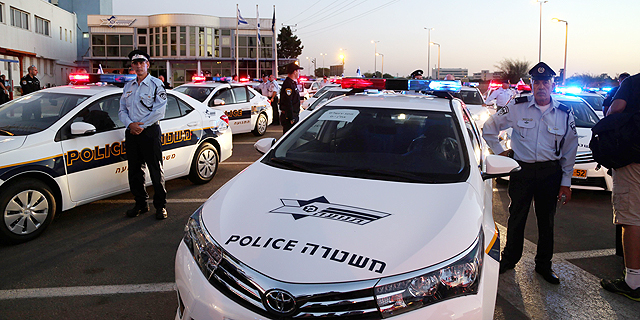 Israel Police Had a Plan to Police Social Media

An inner document obtained by Calcalist reveals the police has set up a dedicated “shaming” officer who is in charge of removing negative comments and posts from social media, and that the agency also previously planned to create a real-time monitoring system of such posts

Israel Police had planned to create an automatic real-time monitoring system that will track negative posts and comments made on social media against the agency and its members, according to an inner document obtained by Calcalist. While no such system is currently operational, it is unclear whether the plan has been abandoned. The document discusses a procedure developed by the police to manage what it defines as “damaging writing against police officers online.” The police started devising the procedure in January 2017, and completed it in August that same year. It has come to light now following a freedom of information petition filed two weeks ago.

In recent years, many people have taken advantage of the easy availability of smartphone or dashboard cameras to document problematic behavior of police officers and publish it online as an alternative route to justice. In just the past year, one Israeli cop was recorded texting and taking a selfie while driving a car he had confiscated, while another was recorded saying he stole cigarettes from a sex worker. Understanding the damage such posts pose to the image of the agency—less than half of Israel’s citizens trust the police, according to an annual report by the Israel Democracy Institute—the police has decided to act. “The phenomenon of posting content that is damaging or libelous against public sector employees, including police officers, is on the rise,” the document reads. “This content is sometimes published with the person’s photo, damaging their respectability, their good name, and their privacy, and giving them no real way to defend themselves. The purpose of some of the posts is to intimidate police officers, make them less likely to act, and damage the rule of law.” The document notes the rise in negative social media activity as the reason the police has decided to create a system that will reduce the number of “slanderous” posts against the agency and its members. To tackle the problem, the document reads, the agency has created a new position: a “shaming” officer in the rank of superintendent who is in charge of handling complaints on the matter and the removal of such posts from social networks. Shaming is defined in the document as posting inciting content, libel, and threats online against police officers due to their job. One of the more concerning clauses in the document discusses the creation of an automatic system that will search for negative posts against police members. According to the document, the relevant monitoring data will be will be passed on to the shaming officer. The officer is also in charge of ensuring that the agency’s new media units pass on to the head of the violence against police officers division any damaging online content they know of, as well as “any material that can lead to the shaming of a policeman.” One of the memos attached to the document states that “in actuality, such a monitoring system as was planned does not exist.” It is unclear, therefore, if the agency has decided to forgo its development, or if it is still in the works. Even if the police has abandoned the system’s development, the intent behind it is worrisome. It is very concerning that the police wants to create a system that will find insults against police members online, Israeli advocate Jonathan Klinger, who serves as a legal advisor for nonprofit organization Digital Rights Movement, told Calcalist in an interview. “This is because the result is significant damage to the freedom of us all. You cannot set up a system that will monitor all online posts about cops without creating a system that will monitor all social media around the clock. The creation of such a system means, in reality, turning Israel into a modern police state like China. If it is set up it will also be a violation of Israel’s privacy protection law as it will collect information without consent.” The document outlines four justifications for taking action against a post: threats against police officers; incitement against policemen; insulting a public sector employee (“a case where a post insults a police officer with media, words, or gestures during the legal fulfillment of his role, and the policeman claims he was insulted, distrubed, or hurt in anyway as a result of the post”); and libel (“a case where a post publishes libel with an intent to cause damage, and the policeman claims he was insulted, distrubed, or hurt in anyway as a result of the post”). The last two are especially problematic, as it seems the relevant posts do not actually need to be untrue or inaccurate for the police to act for their removal. According to the plan outlined in the document, the shaming officer passes on removal requests to the cyber unit at the Israeli Ministry of Justice. The unit already has an established procedure for contacting Facebook and other social networks regarding the removal of inconvenient posts. A policeman bothered by a post can also file a complaint with the agency and ask for its removal. As long as the agency is handling the matter, the policeman is barred from taking legal action against the vendor, though he or she can sue the publisher of the aforementioned post “at any stage.” The post is then classified according to one of the four previously mentioned categories. In the case of a threat, the police will start to act for the removal of the post simultaneous to the investigation and not after it. Incitement is considered an “urgent” matter due to its “unlimited distribution” online. The shaming officer has the final say on whether a post should be removed or not. The document also reveals that in the case of a post classified as incitement, the police takes immediate action to identify the persons behind the post. “While the average person cannot take action against those who insult them online or even infringe on their privacy, the police has a VIP procedure that allows it to act for the exposure of such a person,” Klinger said. “The legal framework for this procedure is not just weak, but it also creates a regime where some people are worth more than others and can take action to reduce public censure. Israel’s supreme court has already cautioned that the insult of a public sector employee is a misdemeanor that should not be enforced, and said the same for criminal libel. Contrarily, Israel Police wants to take us back in time to a period where rulers had one rule and subjects had another.”

A spokesperson for the police told Calcalist that too often, the agency encounters an unacceptable phenomenon of shaming police officers online, usually based on their enforcement actions. The police takes a hard stand against any attempt to harm or slander police officers in their line of duty to protect the citizens of Israel, such as through damaging online content, the spokesperson said. “The Handling of such harmful posts is carried out according to the specific circumstances of the case, in order to help police officers manage the ugly phenomenon,” the spokesperson said, adding that treatment of the issue focuses mainly on the attempt to remove the post and support the police officers involved, “all according to the new procedure written.”