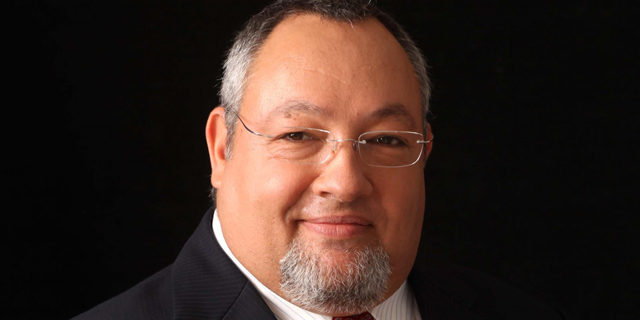 In China, 2020 will be a year of dramatic change, with new reforms expected to change the business reality for global and Israeli companies operating in the Chinese market. These changes, which join the mounting uncertainty and concern over global economic stagnation, lead more and more international companies to the conclusion that they must adjust their China operations. On the one hand, they plan on continuing to invest and develop their involvement in the Chinese market. On the other hand, they are forced to deal with growing uncertainty and manage their risks better.

On January 1st, 2020, the new Chinese Foreign Investment Law will take effect. According to the new law, and for the first time since China opened its gates to foreign investments, both foreign and local companies will operate under the same laws and under similar conditions.

China will also be implementing its social credit system, a big data project that will unify existing data pools, including data from the State Taxation Administration, customs, the judiciary system, the Ministry of Environmental Protection, and municipalities. Most records are expected to be accessible to the public, providing business entities and individuals with tools that can help them perform background checks on potential partners, employees, and suppliers. The program, which has drawn much criticism from the West due to personal privacy concerns, is being defended in China as a potential game-changer in the war against corruption and in matters of economic efficiency. Using the system, China intends to publish a blacklist of “unreliable entities” that will include businesses or individuals that have severely violated rules and regulations. Among the offenses that earn inclusion in the list are withholding payments from employees, financial fraud, tax evasion, public health hazards, environmental damage, and violation of import and export regulations. These systematic changes can greatly affect risk management, for example when companies need to run pre-credit background checks, hire new employees or choose business partners. Businesses that consider joining forces with local partners or accepting Chinese investments will find it easier to perform accounting and legal due diligence, and also run background checks on company personnel. In addition to the “unreliable entities” list, a list of trustworthy entities will also be published. Called the Red List, it will feature businesses that uphold the country’s laws and regulations. In addition to the competitive advantage that comes with appearing on this list, it also awards its featured businesses—both foreign and Chinese—with certain state benefits. These lists are important risk management tools for foreign companies operating in China, which were forced, until today, to rely on trial and error methods—because they had very limited access to reliable data on a person’s or business entity’s prior conduct. On the other hand, it is important to remember that non-Chinese companies can also find themselves on the blacklist. Unfortunately, we still hear about many global companies that operate recklessly and perform violations that, while appearing to be minor, can be very costly. These violations include hiring foreign employees that are in the country on business visas instead of a work visa, performing business activity that is not aligned with the required licensing, and the import of goods via inappropriate means, or under lenient conditions. Under the new law, companies that have already established a local business entity in China will be granted a five-year grace period, until the end of 2024, in which they can prepare for these changes while maintaining their existing corporate structures. At the moment, until the official regulations are published, a sense of uncertainty still prevails, but it is recommended that companies begin adjusting their operations ahead of time.

As an initial step, it is recommended to conduct an operational audit in order to identify the areas of corporate inefficiency and heightened risk. Listed below are five aspects companies should pay particular attention to.

1. The company's registered address. Many foreign companies have registered their local wholly foreign-owned enterprise (WFOE)s in different industry areas throughout China, including small towns and remote neighborhoods, because of the benefits they were offered. Years later, long after the benefits have ended, these companies experience difficulties in recruiting high-level employees and also struggle to address government authorities and local banks. In many cases, changing to a different registration area and physical location is recommended.

2. Management costs. Many companies experienced fast growth and therefore recruited employees in China to manage their day-to-day operations. Now is the time to examine what can and should be outsourced, for example, human resources management, finances, logistics, warehousing, vehicle management, infrastructure, and information technologies.

3. Shared offices. Today, shared offices are very common in China—as they are all over the world—and can prove to be a flexible and cost-effective alternative to maintaining traditional offices.

4. Factories. In the past, many companies received large areas and substantial benefits and were encouraged to establish a manufacturing factory in China. These benefits no longer exist, and these companies are paying a fortune for thousands of square meters. There are other options, such as relocating to industrial areas that are still hungry for foreign factories or an industry hub like CI3, which operates in Changzhou in Eastern China, and provides support for foreign company assembly lines under one roof.

5. Establishing outsourcing-based sales platforms. This allows new players in China to start out with "baby steps", while postponing their investment in permanent infrastructure and personnel until clear business success is achieved.

Zvi Shalgo is chairman of PTL Group, which provides management and operational support to international companies in China.