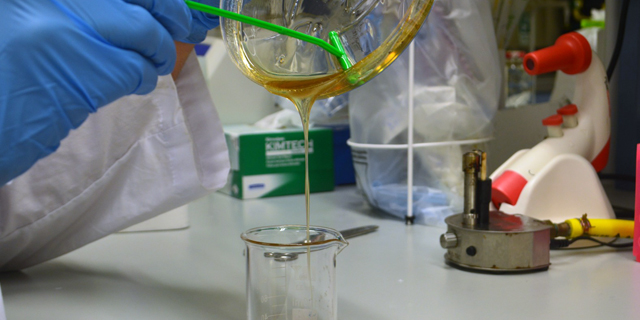 The synthetic vegan honey is made by the bacterium Bacillus subtilis, which "learns" to produce the honey after being reprogrammed in the lab

As the global bee population continues to decline, some students are trying to make sure we do not run out of honey. A delegation of students from Israeli research university Technion Israel Institute of Technology has been working for the past year to create honey in a lab, without bees. The synthetic honey is made by the bacterium Bacillus subtilis, which "learns" to produce the honey after being reprogrammed in the lab, Shira Levi, a biotechnology and food engineering Technion student, said in a Monday interview with Calcalist.

Earlier this month, Levi’s team of 12 students, from different faculties at the university, won a gold medal at the international iGEM (The International Genetically Engineered Machine) competition in Boston. Around 300 teams from all over the world took part in the competition. 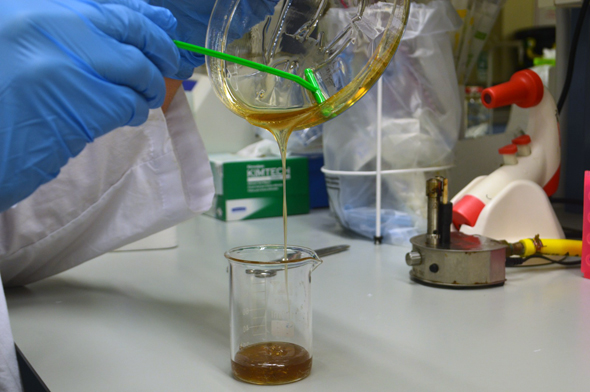 The students' nectar with enzymes. Photo: The Technion's BeeFree delegation

To create its honey, the team took genes from the enzymes that bees use to create honey and inserted them into the bacteria. The bacteria could then potentially secrete the enzymes to create honey, mimicking the process that goes on in bees’ stomachs, while controlling the concentrations of both the sugars and enzymes, Levi said. The nutritional value of the artificial honey should be the same as bee-made honey, but the manufacturer can also tweak it to boost the levels of antioxidant or reduce the amount of sugar, Levi said.

While the students have successfully tested and produced all the individual components of the process, the vegan honey itself has yet to be successfully produced, Levi said.