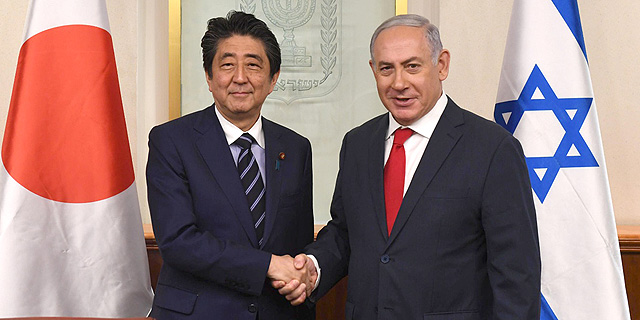 Japanese companies invested $1.2 billion in Israeli companies in 2017, according to the Israeli Ministry of Foreign Affairs

Over the past decade, Japanese investors have become increasingly active in Israel. More and more money from the East Asian country has been fueling the ambitions of Israeli entrepreneurs, with companies such as insurer Sompo Holdings Inc. and automaker Mitsubishi Corp. becoming routine participants in startups’ funding rounds. Toyota and e-commerce company Rakuten Inc. are just two of the Japanese companies that have recently announced their intent to scout for talent and technology in Israel. Earlier this year, Japanese company Toshiba Corp. opened an innovation outpost in Tel Aviv. The goal of the local office is to scout for local cybersecurity technologies to secure Toshiba’s renewable energy products, such as solar panels and wind turbines, Hirofumi “Hiro” Mori, general manager of Toshiba’s Tel Aviv office, told Calcalist Tuesday.

Last week, Calcalist reported that a delegation of executives from Tokyo-listed telecommunications company Nippon Telegraph and Telephone Corp. (NTT) visited Israel looking for startups to partner with. NTT is the fourth-largest telecom in the world in terms of revenue and employs some 303,000 people. Japanese investors funneled more than $1.2 billion into Israeli companies in 2017, the most recent year for which such data is available, according to Gilad Cohen, the head of the Asia and Pacific division at the Israeli Ministry of Foreign Affairs. Cohen spoke to Calcalist on Tuesday. While Chinese investments in Israeli companies in recent years have made local and international headlines—mostly due to U.S. concerns over the warming relationship between ally Israel and trade rival China—Japanese investments have actually surpassed them in 2017, both Cohen and Hagai Shagrir, who heads the Asia and Pacific bureau at the Ministry of Foreign Affairs, told Calcalist. The two would not provide financial details to back their statements. Tomoko Inoue, the CEO of Tokyo-based venture capital firm Omron Ventures Co. Ltd., told Calcalist Tuesday that she is in Tel Aviv to scout for local investments. Her firm has already invested in three Israeli companies, she said.

The increased flow of money from Tokyo to Tel Aviv has led both governments to take notice. In January, Calcalist reported that Israel and Japan were negotiating a free trade agreement. Trade between Israel and Japan, not including diamonds, amounted to $3.5 billion in 2018, according to the Israeli Export Institute, a 31% increase from 2017. Import from Japan totaled around $2.35 billion, while export from Israel to Japan reached $1.16 billion, a steep increase from the past decade, which stood at an annual $700 million to $800 million.