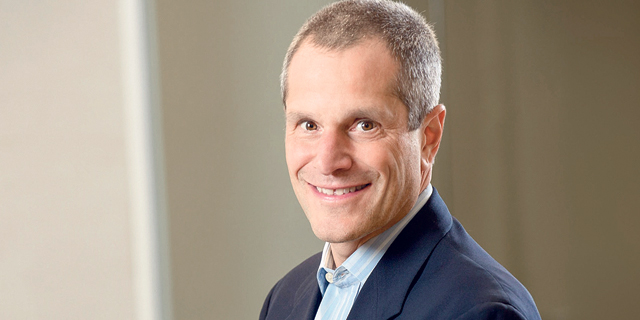 The Companies Oak Is Eyeing Don’t Have to Be Profitable, But They Must Have Potential, Says Exec

Daniel Petrozzo, partner at Oak HC/FT, spoke to Calcalist about the firm’s investment strategy in Israel

In recent years, Israel has become a preferred investment ground for large U.S. funds. New York-based venture capital and private equity firm Insight Partners recently announced the opening of a Tel Aviv office, following up with a slew of investments, and General Atlantic has also kicked up its local investments. Investment banking firm Benson Oak, which set up a dedicated investment fund for the Israeli market in 2018, made six investments in Israeli fintech companies for a total of $100 million to date. Oak, one of the most established investment firms in the U.S., started focusing on healthcare and fintech in 2014. Its first dedicated fund manages $500 million, its second, closed in 2017, manages $600 million, and its third, which closed in August, manages $800 million—altogether almost $2 billion in assets under management.

In the first interview given to Israeli media, Daniel Petrozzo, partner at Oak HC/FT, spoke about the fund’s interest in Israel. The environment in the country is similar to the U.S. East Coast, he said—funds are more limited than on the West Coast, narrowing the ability of companies to grow, and entrepreneurs understand that valuation is not everything. Small companies fail because their product doesn’t fit the market, or because they run out of money, Petrozzo said. When the economy prospers, spending a lot of money can net good investments, but recession periods result in funding rounds made according to lower valuations, meaning companies raising capital fail to obtain a decent price. In Israel, he said, Oak is not looking for bargains and has yet to invest in a company with inflated valuation. “We feel good about current valuations, because local entrepreneurs are rational about them,” he said. While unicorns and giant companies have been an increasing focus for most investors, Petrozzo believes that companies that make an exit at a valuation of several hundreds of millions of dollars but generate good returns are also a worthwhile investment. “We don’t have a formula for exits,” he said, adding that most of Oak’s investments are acquired, while some have the potential for a big initial public offering. In Israel, Oak’s investments include fintech startup Pagaya Investment Israel Ltd., which specializes in credit card risk management and underwriting for online lending; Kryon Systems Ltd., which develops automation technology; Namogoo Technologies Ltd., which prevents fraud on e-commerce websites; Authentix—Authentication Technologies Ltd., which automates identification processes during purchases; payment platform provider Rapyd Financial Networks Ltd.; and cybersecurity startup Panorays Ltd. Once Oak made an investment in Pagaya, Israel became of strategic interest to the firm and so it began building up local connections, Petrozzo said. While he expects Oak to make additional deals in the country, they have no set a target, he said. They mostly invest in quickly growing companies that have an annual turnover of between $10 million and $20 million, he said, and Israel has many companies that fit that profile. “There aren’t many funds here that invest with the same intensity as us, and there are no funds that focus on fintech at those stages.”

Petrozzo does not think the current economic bubble is about to burst at any moment, but he does estimate the end is in sight. The current growth will end, he said, but the question in how: the burst of the dot.com bubble in 1999 was different than the 2008 financial crisis. There are a lot more private companies than public companies today, and it will continue because there is more private money now than public, and because people believe there is more money to be made off private companies than off public ones, he said. But it is possible that while there will still be a lot of capital, people will stop investing out of fear, he added. While Oak is not necessarily looking for companies that are profitable now as it is a growth investor, they are looking for businesses that have the potential to be profitable in the future according to specific economic parameters, Petrozzo said.