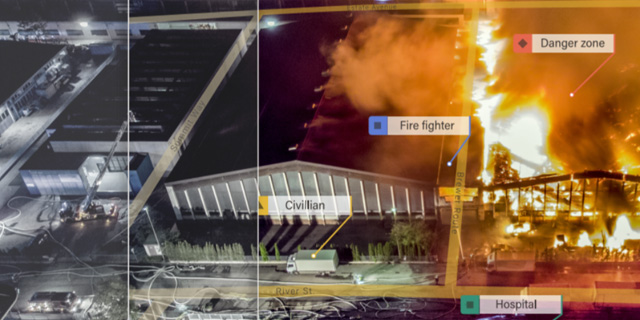 From Drone-Based Games to Putting Out Fires in Australia

Three years ago, Edgybees Ltd. developed and launched the first augmented reality game for drones. The game, which created a virtual course in the sky, was a success. Then, a few months later, Hurricane Irma hit Florida, causing an estimated $50 billion in damages. “The first responders on the ground who helped evacuate people and rebuild the area used drones,” Edgybees co-founder and chief technology officer Menashe Haskin told Calcalist last week during the Consumer Electronics Show (CES) 2020 in Las Vegas. “They knew of our technology and contacted us because they discovered they were losing orientation—the drone is flying, you take your eyes off it for a second, and oops, you don’t know what you are looking at anymore.” 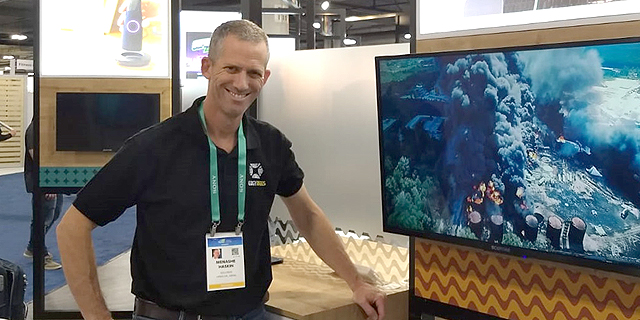 EdgyBees was asked to do one simple thing: to take the same technology it developed for its game and use it to create a map of the actual area instead of an augmented reality obstacle course. The success of its technology on the ground in Florida led the company to pivot, from gaming to working with first responder agencies like police and fire departments. “We can take a video from almost any camera—be it a drone flying at a height of 100 meters or a plane flying higher—and equip it with very accurate GIS (geographic information system) data in real-time,” Haskin explained. That information can be road maps, power grids and voltage lines, or the location of teams on the ground. He recalled a recent event with a European client that experienced a hazardous substance leak. “Instead of sending a person to map the area and putting them in danger, they flew a drone, drew a polygon enclosing the dangerous area on the video, and knew where not to enter.” The technology also enables teams to combine different types of information—video footage, a map, a memo list—into one screen, assisting them in making more informed decisions more quickly, Haskin said. While Edgebees works mostly in the U.S., just two weeks ago they received an urgent petition from a distributor in Australia, where wildfires have been raging recently. “We are currently demonstrating the technology in New South Wales,” Hasking said. “There is still no contract or sale. We said, take it, use it for a month and see if it works for you, and then when the fires have been put out, I hope they will decide to continue using it.”

Founded in 2016, Edgybees currently employs 25 people in central Israeli town Herzliya, though it is growing fast, Haskin said. The company raised $5.5 million to date, and is gearing up for a second funding round that will enable it to break into new markets, he added.