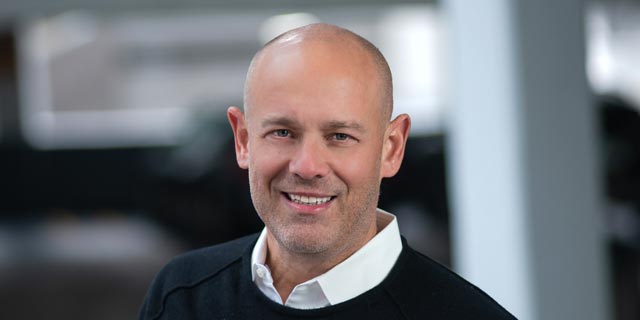 In December, Chicago-headquartered last-mile mobility company Arrive Mobility Inc. announced its intention to open an Israeli research and development center in February 2020, based on its 2018 acquisition of Tel Aviv-based parking management startup CodiPark Ltd. The acquisition gave Arrive access to technology that has helped it with its still ongoing pivot from a consumer-focused company to an enterprise service provider, Arrive CEO Yona Shtern told Calcalist last week in an interview held during the 2020 Consumer Electronics Show (CES) in Las Vegas. Founded in 2006 as ParkWhiz, Arrive started out as a company offering two parking-related apps in North America—legacy brand ParkWhiz and Best Parking. Still active today, the apps enable users to locate, book, reserve, and pay for parking, be it at a stadium, a private garage, or on the street. Around three years ago, the company decided to offer its technology and its network to any entity looking to provide parking as a service without them having to build the infrastructure from scratch, Shtern said. The company’s clients now include car and navigation companies, sports and theatre stadiums, and connected cities, he added. 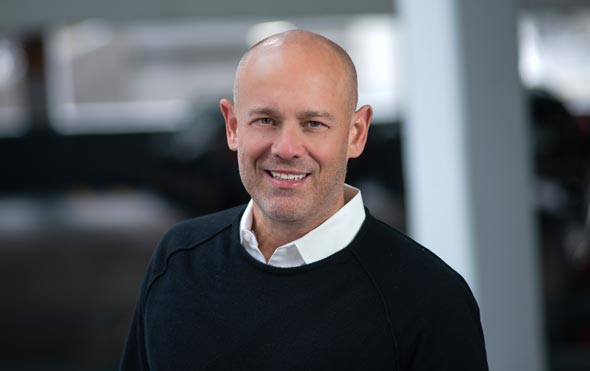 Entities currently using Arrive’s technology include “pretty much every major sports team in North America,” such as the NBA, NFL, and NHL; major ticketing platforms such as Ticketmaster, SeatGeek, and tickets.com; cities establishing smart ecosystems, including Sacramento, Detroit, and Las Vegas; and most of the top automakers or the companies that work with tier 1 vendors, including Honda, General Motors, and Ford, which have integrated Arrive’s technology into their cars. The company raised $61 million to date from investors including Jump Capital, Baird Capital, NewSpring, and the Amazon Alexa Fund. But, according to Shtern, this transformation is just phase one in Arrive’s vision to achieve friction-free mobility, as part of an ecosystem where various vendors work together. “If I am planning a journey and I live in the suburbs, and I am going to drive to the train station and take a train to the city and then take a scooter to my ultimate destination, I touched upon three means of transit, which I view as a single and unbreakable chain,” Shtern explained. In the scenario he described, he may have also went through a toll booth, or had to park the car somewhere, he said. “So, in our vision of a fully connected city, all of those touch points would be seamless and would go through a single interface.You would not have to open up seven apps to do those seven things. It might be through your digital personal assistant, the navigation provider, or maybe an interface provided by the city,” he added. To complete the transition from a consumer app developer to an enterprise company, though, Arrive needs partners and a lot of engineers. And that is where Israel comes in. When Arrive acquired CodiPark in 2018—its first acquisition outside the U.S.—CodiPark’s team numbered just four people. Today, the Israeli office employs 10 people, out of Arrive’s 140-person employee count. The recently announced R&D center will expand that number to a few dozen. The CodiPark acquisition was a case where both the technology and the company culture were a right fit, Shtern said, but the Israeli team has remained relatively independent and the idea for the Israeli R&D center came in large part from Codipark’s co-founders Ilan Tavor and Tomer Binamowitch. “A lot of ideas about how we should go to market come directly from that team, and I think we are going to see a lot more of that, and that is why we are going to continue to invest in Israel more broadly,” he said. That investment is not limited to just organic growth. “I cannot reveal a name yet, but in the not-so-distant future we will be announcing another Israeli acquisition, also related to smart parking,” Shtern said. “We are looking to acquire, we are looking to hire, and we are actively looking to invest.” Areas of interest for Arrive, he said, include smart cities, mobility services in vehicles, vehicle-to-infrastructure, IoT, and even predictive analytics. Shtern revealed in the interview that Arrive is also planning to set up a mobility lab in Israel where it intends to partner with global mobility players such as car companies, navigation companies, and large tech companies interested in solving mobility-related problems.

He believes the ultimate solution—for smart cities, for the mobility industry, and for consumers—will necessitate collaboration between multiple vendors as well a regulatory cooperation. “In North America, part of the biggest challenge is that there is no single governmental body or entity that is responsible for the entire mobility picture,” he said. As fragmented as the vendor basis is, municipal players are equally fragmented and sometimes even operate according to contrasting interests, he added. For example, you may have one official whose mandate is to increase revenue from parking violations, a second who wants more private cars to boost tax income, while a third official is actively working to combat congestion by reducing the number of cars on the road, he said. “So, you need to come to terms on what the priorities of the city are, because nobody wins if there is gridlock, but nobody wins if there are no cars, either.“