Investors Are for the Weak: These Tech Entrepreneurs Chose Bootstrapping Over VC Affluence

Bootstrapped companies target quick profitability and avoid pressure from investors. Following WeWork’s crash and Uber’s and Lyft’s failure to take off, the time has come to look at business models that focus on more than just growth

The equity industry is still processing WeWork’s IPO farse, but the business model that allowed the creation of WeWork’s bubble is still going strong. The method that underlies venture capital investments—an external monetary investment in exchange for stock that could promise returns should an exit occur—is simple but has far-reaching consequences. Speedy growth, foregoing profitability, the myth of the legendary founder, and even lack of employee diversity are all products of the venture capital model. Despite a low success rate of around 10% and the precedent of the burst of the dot.com bubble, a real alternative to the current venture capital model has yet to arise. While WeWork might be an extreme case, the company, as well as companies like Uber and Lyft that did manage to go public only to flounder post their IPOs, exemplify an entire sector that waived profitability for growth. 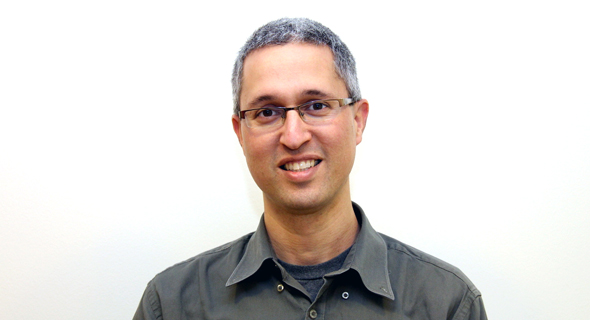 A local bodega earns a higher profit than Uber, Itai Lahan, co-founder and CEO of bootstrapped digital asset management company Cloudinary Ltd., told Calcalist. Startup companies that choose to make their way in the world without resorting to external investment have earned the moniker bootstrapped, literally meaning someone who pulls themselves up by their own shoelaces. In a world where unicorns are becoming commonplace, bootstrapped companies are still a rarity, but awareness of their charms is growing; especially for entrepreneurs who want to dodge the side effects of the venture capital world and avoid handing out stock and board seats. Cloudinary was founded by Lahan, Nadav Soferman, and Tal Lev-Ami as a partial spinoff of an entrepreneurship advisory firm they managed. Over their years as advisors, they identified gaps in the development process of companies, and started developing a product of their own to offer customers, Lahan explained. “In 2012, we found ourselves with a successful advisory firm and a product that was starting to get traction and had paying customers from day one.” The three decided to focus on Cloudinary, which today employs 200 people. The company raised its first funding round, $10 million, in 2018—only to enable employees to realize stock. According to Lahan, the company is profitable, with sales of approximately $50 million a year. But despite Cloudinary’s smooth sailing, he admits that shunning the traditional venture capital model can be a challenge. “Entrepreneurs who think they can build something like this without external money are wrong,” he clarified. In their advisory capacity, Lahan and his partners told first-time entrepreneurs that they should not attempt going at it alone. Employees are expensive, Lahan said, and it is better to make use of an investor with experience. “Furthermore, if you can recruit an investor that has an idea and a business plan it is an advantage; venture capital is a model that works.” 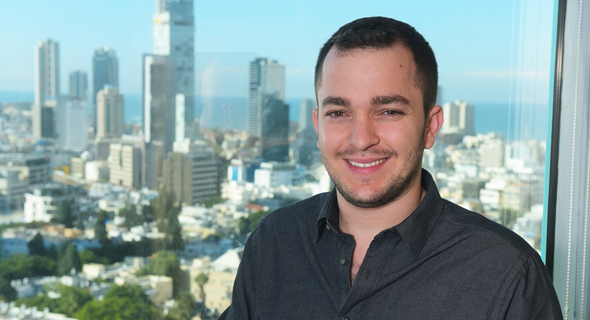 Other bootstrapped entrepreneurs are more reluctant to defend the venture capital model. “I want to believe that every company should at least try to have a go at it alone,” said Gil Bar-Tur, one of the founders of PubPlus, incorporated as Pesto Harel Shemesh Ltd., a company that helps paid content distributors measure the valuation of online users. According to Bar-Tur, PubPlus, founded in 2016, has been profitable from the get-go and ended 2019 with sales of $100 million. “It is sexy to raise millions and tell your mom, but in my opinion it is sexier to build a company by yourself.” Like Cloudinary, PubPlus’s service is based on a product developed for internal use at a previous company founded by the same entrepreneurs, in this case Bar-Tur’s CrunchMind. “From the get-go, we created a model intended to achieve profit and quickly, and it worked,” he said. For the first four months of PubPlus’s existence, its founders worked other jobs as well, and then they started taking a salary, he said. The first employee was hired after six months. Today, the company employs 90 people in Israel. PubPlus is not an exceptional case, Bar-Tur said. ”It is not a fit-all method—drug developers will need to raise capital—but many companies were pulled into the venture capital world,” he said. “The size of companies is suited to investors, who have other motives such as funds they need to realize. When you have a good product, finding customers is not the hard part. Sometimes you have to work a bit harder, yes, but the shortcuts that investors offer are not their main advantage.” Investors should assist inexperienced entrepreneurs with the early stages of the company, he said—in later stages, all an investor needs to do is bring the money. “There are very few investors that bring strategic value at the industry level; not everyone is Toyota.” 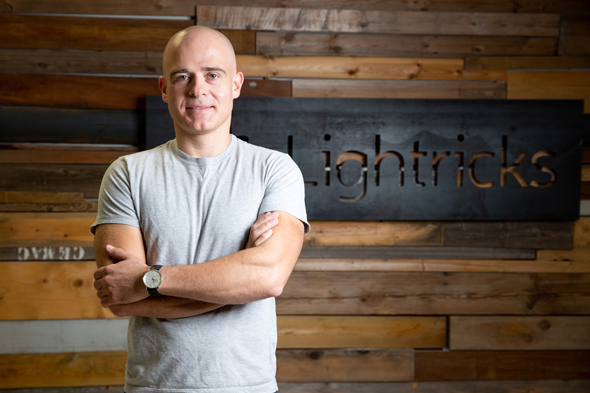 Bootstrapped companies can grow up to become unicorns, as Jerusalem-headquartered app developer Lightricks Ltd. has proven. Founded in 2013, the company started raising funding only two years later, when it already had a profitable product and employed dozens of people. The business plan was to reach revenues of $100,000 from the first product to fund the second, Lightricks CEO and co-founder Zeev Farbman said. Today the company employs some 350 people in Israel, London, and Munich. “Everything was very speculative, and investors want to see a revenue forecast,” Farbman said. “We knew what diluting our stake meant, financially and in terms of control. When you raise seed according to a $1 million valuation, you lose 30% of the company. We decided we’ll suffer a little at the beginning for more control later on. Companies that make an effort not to raise too much reach an IPO with the entrepreneurs still owning 80%. I find that inspiring.” Many of the founders of bootstrapped companies mention going months without a salary, but forget not everyone has that privilege. “One of us was married and had a daughter, and he did need to work on the side,” Farbman acknowledged. The rest held positions at university research departments that netted them some income. Many entrepreneurs that talk about bootstrapping spend a lot of money out of their own pocket, Lahan said. “To survive the first two years and get from the idea stage to a product that has a market is a complex challenge. You need to finance flights and salaries and it is expensive. After you survive the first two years you raise money every 18 months, and at every such point half the companies fail, up until the exit.” Flights and salaries are a means to an end: fast, significant growth at an early stage. Early rounds are intended to finance fast growth, Bar-Tur said. If an entrepreneur creates a plan for a profitable company he can take out a bank loan instead of raising equity, he said. “Funding rounds are usually not meant to build profitable companies; the entire industry is built on the promise for future profit, not on profitability.” While not calling it a bubble, Ben-Tur says entrepreneurs need to build a business that offers value. “An entrepreneur who chooses to raise equity finds himself at the end of the road owning few percentages, so what is better, 1% of a company worth billions or 100% of a company worth $100 million? Bootstrapping means you came to work, not to chase the next funding round.” The phenomenon of quick mega-rounds became relatively commonplace in recent years, earning the label blitzscaling: a tool set that promotes fast growth by prioritizing agility and efficiency in an uncertain environment. Or as a young Mark Zuckerberg once said, “move fast and break things.” Other well-known blitzscaling companies include Airbnb, Uber, WeWork, and essentially every company backed by SoftBank. The approach is based on the assumption that very fast growth will inevitably lead to profit as the company’s control of the market will stop competition. Ardent supporters include LinkedIn co-founder Reid Hoffman, who even wrote a manual on the subject and has repeatedly advised entrepreneurs to raise as much money as they can, whether they need it or not. “Most successful companies today waited 10 years for an IPO and then passed another five years without turning a profit, but claim that they can stop growth in favor of profitability at any moment,” Lahan said. “It is interesting math. Netflix is traded at revenue multipliers of 5-10, the market does not respond to its losses but to its revenues and growth rate. Public companies that grow by 20%-40% a year trade at high multipliers no matter how much they spend. When an institutional investor looks at a startup, they look at the same things.” The difference between a company like Cloudinary, which is profitable, and a company that has similar revenues but ultimately records losses is in its long-term health, Lahan said: a losing company is constantly chasing the next funding round, and every time its chances of success are 50-50. “We have money in the bank and we are profitable, so there is almost no external danger that could stop us from continuing.” But bootstrapping is not a realistic model for most companies, he said. “If the question is whether reaching profitability should be prioritized over fast growth, I think fast growth has a bigger impact on valuation. Slowing growth would reduce valuation.” 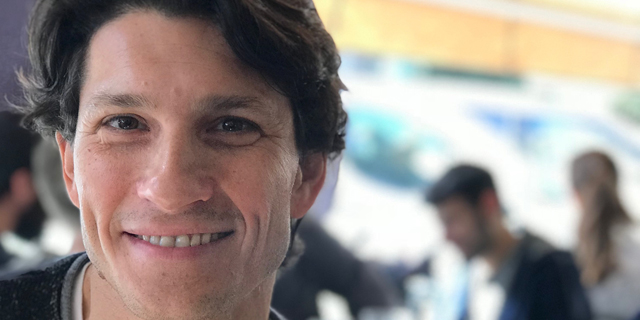 When a startup avoids raising external capital completely, its growth efforts change. “I won’t invest in television campaigns or Superbowl commercials, because I need to know the investment in marketing will generate income,” said Yoav Tzuker, head of innovation at Tel Aviv-based bootstrapped online marketing company Natural Intelligence Ltd. The company’s growth is fueled by profit, he said. “The yearly plan includes things that won’t generate revenue in the short term but will generate growth. Because this is our own money we are more calculated and no one makes our choices for us.” Natural Intelligence, which never raised external funding, employs 410 people and has annual revenues of approximately $300 million, according to Tzuker.

“We have never taken dividends, every dollar that comes in goes towards growth,” Lahan said. An IPO is not a goal, he said, but a means that enables companies to raise money from the public when they grow too large for private investors. “We don’t need that money. We also found solutions for employee options, via investment companies that buy these options from them directly without coming into contact with the company.”

PubPlus’ founders were more concerned with building a company than with dreaming of an exit, Bar-Tur said. “Obviously, we founded the company with the eventual objective of financial profit, and I’d be lying if I said we would reject an amazing offer should one come our way, but we are not looking for a quick exit.”

This article has been corrected. A previous version incorrectly identified Gil Bar-Tur's previous company as CrunchMate, and stated Lightricks has 185 employees in Israel and the U.S.