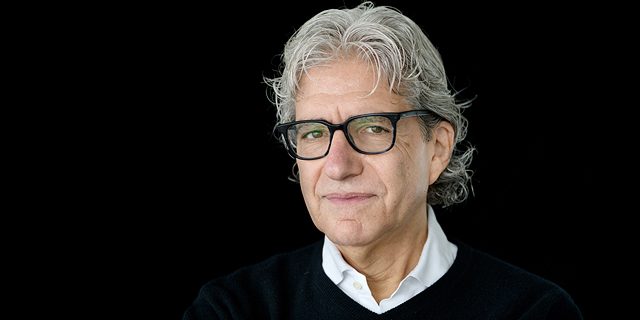 The American-Israeli branding expert believes that whether you are introducing a new dish, trying to change the global perception of a certain country, or attempting to win the 2020 U.S. election, it is always about the brand

David Sable, the former CEO of Young and Rubicam (Y&R), one of the leading global marketing companies, has a new dream—to make Al Arz Tahini, a premium brand made in Israel by members of the Arab Christian minority, a household name in the U.S. “I do all kinds of things today, but Al Arz is completely a project of passion,” he said in a recent interview with Calcalist. “I won’t say how much money I invested in the company, but I want this tahini to be a big success in America.”

Al Arz Tahini has been sold in the U.S. for the past decade, but in the last three years owner Julia Zohar has been working with Sable to turn it into a staple of North American cuisine. Sable is planning to market it not as an ethnic food item but as a superfood. It can go into a shake, on a salad, and even on meat, but while consumers in the U.S. are familiar with humus by now, tahini is much less known, he said. Younger generations today want more than a product, they are searching for purpose, Sable said. This product has a very meaningful story behind it—sesame comes from Ethiopia, tahini is from the Middle East, the facility is owned by Christian Arabs, and it is led by an inspirational female entrepreneur, he said. “That is why I am not just investing money, I am investing myself.” As part of the rebranding, Al Arz Tahini will get a new, smaller package. ”The current packaging can intimidate Americans, because when you open it your hands get dirty,” Sable said. He is also planning a large social media campaign, with chefs that will demonstrate tahini’s versatility, and is aiming to reach large food retailers such as Whole Foods, he said. It is probably the first time a marketing executive as powerful as Sable put this much energy into tahini. Sable spent six years as the CEO of Y&R, which controls 189 advertising agencies in 32 countries, before becoming its chairman. In 2013, Fast Company named him one of its 10 Most Generous Marketing Geniuses in the world. Throughout his career, his clients included giants such as Coca-Cola, Microsoft, Unilever, Colgate, Dell, and Citibank. There are few brands he did not work with personally, he said, except cigarette companies. Today, he is a senior consultant to Y&R’s parent company, British multinational advertising and public relations company WPP Place, which employs 130,000 people and is worth over $17 billion. He is also a board member at American Eagle  and focuses on his personal investments—mostly in tech companies. Sable, which holds a dual American-Israeli citizenship and lived in Israel for several years, is the highest ranking Israeli Jew in the global advertising industry. It is not a trivial achievement. “I’m religious, I keep the Sabbath, I wear a yarmulke, but at work I’m without it,” he said. At work, a yarmulke is a distraction, he explained—it has nothing to do with the business. “It is more important to me that people say ‘David is an ethical person, and by the way, he also keeps the Sabbath’.” The U.S. is experiencing an increase in racial and religious-based violence, not just against Jews but against Muslims and black people as well, Sable said. “If a Jew is attacked now and no one responds, in a week Muslims will be attacked,” he said. That is why recent demonstrations have been cross-religious and cross-racial shows of solidarity, he added. Sable grew up in Riverdale, an affluent neighborhood in the Bronx. He still lives in New York, but defines himself as an Israeli-American and considers the years he spent in Israel as some of the most meaningful in shaping his life. Sable grew up in a Zionist household and first came to Israel in 1971 at the age of 18, and then again in 1973, to work at an archeological dig during the summer. When the 1973 Arab–Israeli War broke out in October, he came back to Israel to volunteer as a guard at a kibbutz and learned how to use a rifle for the first time. At the age of 26, he and his wife moved to Israel and he started working for a local advertising agency. He was enlisted into the army when he immigrated to Israel, and served as a field medic in 1983 Lebanon. “I’ve never felt more connected or proud. It was an insane time, I talk about it constantly, even when I’m in Dubai,” he said. “To this day, I still have a sign in my office with the words of my commander during basic training: hand in hand or next to each other. No matter what, you stand together, just choose how.” Sable recalled how during a training exercise his peers burst into tears from the sheer effort, and when they reached their final destination their commander added an extra two kilometers to their journey. “He said, ‘I just taught you the most important thing: even when you think you have reached your limit, there is still more in you to give.’ Now, I say, either do something big or don’t get out of bed.” This motto guides Sable to this day, for example when he chose to spend a night out on the streets of New York in December, as part of a widespread initiative to raise awareness of homelessness. But his “Israeli attitude” was also there for Sable during terrible moments, such as September 11, 2001. Sable returned to the U.S. 15 years earlier and started working his way up the local advertising industry. At the time of the attacks, he headed digital agency Wunderman. “I was sitting with fellow Israeli ad exec Amir Guy on Sixth Avenue, and we could see the twin towers from the window. There was an open space with a television in the middle of the office, and someone ran into the room and said ‘oh my God, a plane just hit the building’. No one thought it was an act of terrorism, except Amir and I, who knew immediately.”

“It was like something out of a bad horror movie, like the city was hit by a tsunami—and then, suddenly, nothing. And that nothingness was much worse.”

It was 9/11 that led Sable to become interested in the idea of countries as a brand. In the years since, he advised and gave interviews about Israel’s image and about the myriad of branding mistakes it has made along the way. Take the West Bank barrier, for example, he said: it is not a bad idea to erect a wall against suicide bombers, but if that wall cuts a house or a village in two or seperates a farmer from his land, it becomes a problem. “We don’t always think about how to correctly enact our policy,” he said. Another criticism he has concerns the Israeli military’s oft-repeated mantra of being the most ethical army in the world. “It is nonsense. In the end we are no worse and no better than others, only we won’t admit it.” Sable does, however, consider the startup nation brand to be a success—up to a certain point. “No one in the U.S. says ‘wow, I’m using Waze, it is a great product that makes me like Israelis’,” he said. “No one cares where the technology came from, and Israel does not get the credit it thinks it does for its tech.” What does it get credit for? The Eurovision, for example, suddenly led people to have a better opinion of Israel, because suddenly they saw normal people, he said. Another boost comes from popular TV series like Fauda, Shtisel, and Our Boys, he added. “The power in these kinds of cultural works is that they leave you with questions but not answers, and questions that people ask themselves are much more important than explanations and diplomatic efforts. It is like a joke—if you have to explain it too much, it doesn’t work,” he said Sable believes Trump will win again in the upcoming election, because he has a very strong brand with clear messages and strong support from his core groups. “Even before the election we told the Democrats that Trump’s brand was strong and Hillary Clinton’s was weak, that they needed to wake up,” he said. It is not about understanding politics, it is simply branding,” he said. During Obama’s tenure, the U.S. fell in power, letting Russia and its President Vladimir Putin enter the void, and then Trump came with his forceful attitude, he explained. “The world loves strong leaders, it is nothing new. Trump, like all strong brands, always goes ahead, never stops, and never admits he is wrong. Benjamin Netanyahu is the same.” Being a strong brand, does not necessarily mean Trump will get more voters in the upcoming election, but it does mean more of his supporters will actually vote because they want him to win, Sable said. The Democrats, on the other hand, are fragmented, “and they think the political story in on the periphery of the left—they don’t understand the political center.”

Sable’s decades of experience also come into play when he discusses the future of the advertising industry. The method changes, but there will always be a need for advertising and marketing, he said. “Facebook, Google, Amazon—they all sell ads. In fact, there is more space for advertising than ever before, and technology enables us better targeting.” While the markets are changing, requiring adjustment, and some clients who are under severe financial pressure try to pass it on, the top advertising agencies are not suffering, rather the opposite, he said. “Word of mouth was always the strongest part of advertising, it hasn’t changed since Eve recommended Adam try the apple,” Sable said. So, today, influencers are a part of the ecosystem, but the best advertisers know how to create great stories and pass them on to influencers. “In other words, it is just the mode of work that has changed. In the end, as humans, we will always look for a good story.”