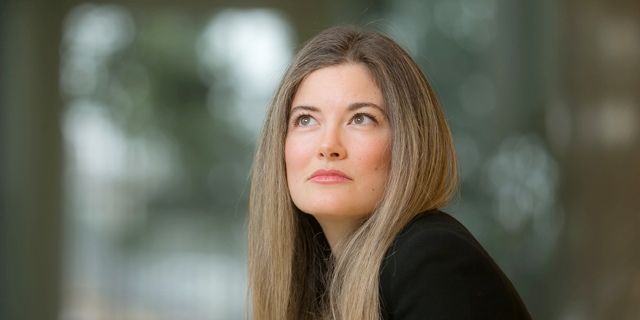 The Head of the Unicorn Sciences Department

Data scientist Hagit Perry, a child prodigy and the first female programmer recruited to Unit 8200, wants to teach the next generation of entrepreneurs to turn AI-powered models into companies worth billions

On the wall of data scientist Hagit Perry’s office at the Interdisciplinary Center (IDC) Herzliya hangs a moto: in God we trust, all others must bring data. Tongue in cheek, yes, but that is the rule that has guided Perry throughout her career.

Perry was a child prodigy. She started her BSc in computer science at the age of 17, was the first woman accepted to a programming course at the Israeli Defense Forces’ (IDF) Unit 8200, known as the country's NSA equivalent, and went on to receive a PhD from Berkeley’s school of business. Today, at the age of 36, younger than some of her students, she heads an MBA program for artificial intelligence and big data at IDC.

“This program will birth unicorns, no doubt about it,” Perry told Calcalist in a recent interview. The program, she explained, is in actuality a startup incubator. “We had a student that had investors knocking on his door the moment he left the lab. All he did was take data from emails exchanged by sales personnel and input it into Salesforce’s customer service management system, generating data. Imagine what he could produce with data from other sources.”

Her study, she said, proved that despite the belief that loyalty steers choices in products like coffee brands, in truth, price outplays loyalty, which is why consumer preference can be altered via pricing. When introducing a new brand the original pricing should be similar to premium brands, but in actuality, you should seldom sell at that price, she said. “You need to give many many discounts and yell ‘only today, only now at half-price,’” she said. “Even though it goes against the intuition and the message of many marketing guides, it worked.” Perry’s model turned her into a persona grata not just in academia but also in the business sector, and earned her a reputation in the AI sector. But Perry made the choice to stay in academia and train the next generation, instead of setting up her own business again. “I heard many tech entrepreneurs say that more knowledge and a better academic background would have saved them many mistakes. That is why I was excited about opening an academic program for the new reality—it was an opportunity to connect both worlds into one useful framework.”