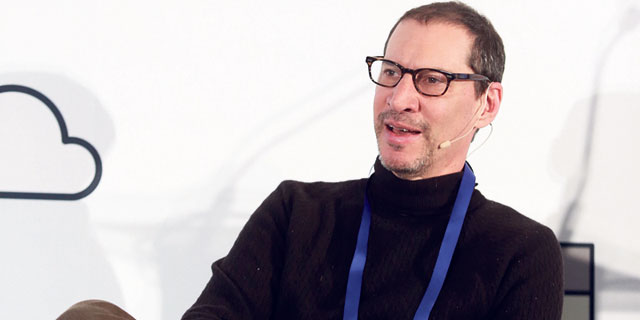 Jeff Horing, co-founder and managing partner at Insight Venture Partners, led the fund’s investment in Israeli website building company Wix.com Ltd. in 2011, and has been behind the fund’s recent increased interest in Israel

In early 2019, New York-based venture capital and private equity firm Insight Venture Partners shocked the Israeli tech world when it announced the acquisition of almost all of the fourth fund of Israeli venture capital firm Genesis Partners. Insight acquired Genesis’ stake in 11 of 12 portfolio companies, for an unknown sum a person who spoke to Calcalist at the time estimated at $350 million. The deal turned Insight into one of the leading investor funds in Israel, boosting its existing investment in Monday.com, Sisense Ltd. JoyTunes Ltd. with companies such as task organization app developer Any.DO Inc. But it seems the move just whetted Insight’s appetite. In October, the fund announced the opening of an Israeli office, and since the start of 2020 it has already made three large deals: the $1.1 billion acquisition of IoT security company Armis Inc., a $100 million round in business intelligence startup Sisense Ltd., and a $125 million investment in gaming company Moon Active Ltd.

Insight has been investing in Israel for two decades now, and has increased its exposure to the country since 2010, Insight co-founder and managing partner Jeff Horing told Calcalist in an email interview. In many ways, Horing is responsible for Insight’s increased interest in Israel, having led the fund’s investment in website building company Wix.com Ltd. in 2011, two years before the company listed on Nasdaq according to a $750 million valuation. Among his current portfolio companies are Sisense, Monday, WalkMe Inc., and JFrog Ltd., where he sits on the board of directors. Insight is always impressed with the technical talent and innovation Israel offers, Horing said. Insight’s activity in Israel is surprising not just for its scope, but for its recent rapid pace. The market, it seems, has yet to acclimate to one giant deal before another one is announced. Insight makes sure to simplify its agreements and terms, enabling it to move fast, Horing explained, adding that the fund’s objective is to not waste the time of its portfolio companies or distract them from the management of their businesses. “Insight’s investment strategy is to find the best software companies in the world and invest in them with both capital and operating expertise. We invest in scaleup companies,” Horing said, meaning growth-stage companies that have had an average annualized return of at least 20% over the last three years. “These are companies that have proven their market fit as a startup and are now looking to double down on growth.” “The Israeli ecosystem has continued to mature, and we are seeing more and more enterprise-ready ScaleUps focused on expansion, which is really exciting for us,” Horing said about Insight’s future plans. Insight will continue to canvas the market to identify investment opportunities , with the help of the founders from Insight’s early Israeli investments, such as Wix, Monday.com, and JFrog, he added. The activity and size of the deals Insight has performed over the past year in Israel turned it, in the eyes of many, into one of the most important funds operating locally. But the fervor it showed has also aroused a less-than-flattering comparison to another giant that waged a campaign on Silicon Valley some two years ago—SoftBank Group’s Vision Fund. The fund, established in 2017, raised $100 billion, an unprecedented sum even in Silicon Valley standards. Granted, Insight has a more reasonable sum in assets under management, $23 billion, but since its has acquired Genesis' portfolio, it put $1 billion into Israeli tech, according to estimates. Horing is not all that fond of the SoftBank comparison, because, as he puts it, Insight is a unique investor. “We have the flexibility to invest all the way from the early growth stage to pre-IPO rounds and majority transactions. Our relatively large funds enable us to double down on companies that are on an exceptional growth track and ensure they are not capital-constrained in reaching their full potential—our recent acquisition of Armis is a great example here. We can offer founders an alternative to just raising another growth round or selling to a strategic acquirer: a majority transaction which combines the benefits of both—flexibility and independence, and unparalleled ScaleUp operating expertise.”

Foreign venture capital funds love Israeli companies, among other reasons, because they receive lower valuations than similar companies in the U.S., but the presence of giant funds like Insight could eventually change it.

“The software markets today are bigger than ever, and the next generation of category defining companies will again be bigger than in the previous wave,” is what Horing has to say on the subject. “With the global growth of the software industry as our backdrop, it is important that everyone in the Israeli ecosystem—entrepreneurs, investors, the media—steer clear of hype and remain focused on building great companies with good governance. We are very selective in the investments we make, and are able to appropriately value the future growth potential of the companies we partner with. It’s important to remember that a lot of factors go into a valuation. We are growth and momentum investors, and adjusted for growth expectations, we believe our valuations are in line with the market.” Insight has been investing in Israeli tech for years, but the gear change it made some 18 months ago is following the global trend of larger and larger rounds, especially apparent in late stages. This trend has created private companies with extraordinary high valuations, such as recently public Uber, and Airbnb, which is expected to list in the upcoming year. The trend is apparent in Israel as well, but here it is obviously the result of increased involvement of non-Israeli funds. A January report by Tel Aviv-based research firm IVC Research Center and the Israel office of international law firm Zysman, Aharoni, Gayer & Co. (ZAG-S&W) found that over the past decade, the role Israeli funds played in rounds shrunk, culminating in just 13.3% of all investments in 2019. This is not the result of fewer investments—Israeli funds invested $1.1 billion in total in local companies in 2019, a higher number than previous years—but of the growing capital being infused into local companies by foreign funds. It is true that even Israeli funds rely mostly on non-Israeli money, but they still invest much smaller sums than non-Israeli—mostly U.S.—funds. Those foreign funds usually make their investments at much later stages, when the risk involved in backing a startup is lower, and startups are already at least somewhat active outside of Israel.

Asked whether Insight has plans for more acquisitions on the scale of the Genesis portfolio or Armis, Horing said that the fund will always focus on “finding the best software companies that we can support as they scale.”

The Israeli tech ecosystem is going through its next stage of maturity, and as more and more startups are becoming enterprise-ready, the industry is experiencing some growing pains, according to Horing. But, he added, “Insight is committed to supporting the Israeli ecosystem, and to helping the companies that we invest in navigate the scaleup phase successfully.”