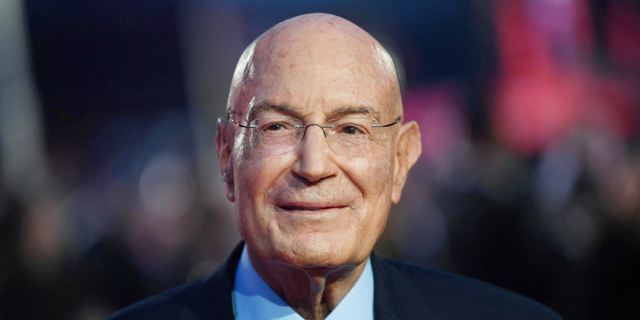 Financial Secrecy Promised to Immigrating Millionaires Is a Stain on Israel

In the Financial Secrecy Index published by independent international network the Tax Justice Haven for 2020, Israel has not made significant strides

Returning residents and immigrants to Israel are exempt from reporting and being taxed on income earned abroad for 10 years—and that law, which in essence turns Israel into somewhat of a tax haven for immigrating millionaires, is hurting Israel’s ranking on the Financial Secrecy Index published Tuesday by independent international network the Tax Justice Haven.

The index, published once every two years, looks at the contribution countries make to global financial secrecy based on a qualitative scoring of various indicators. The 2020 index ranks Israel in 39th place, an improvement from its 2018 ranking of 34th. The number of countries surveyed in the index, however, has increased from 112 to 134, meaning Israel is basically standing in place on a global comparison.

A closer look at the parameters contributing to Israel’s rank shows that its improvement can mostly be credited to its recent adherence to an international taxation standard called common reporting standard (CRS), which means local banks and financial institutes are required to pass on to international authorities information about accounts belonging to foreign residents, and vice-versa .

However, Israel is negatively impacted by Amendment 168 to the Tax Ordinance, a 2008 law nicknamed the Milchan law locally, following allegations that it was passed, at least partly, to benefit returning Israel billionaire Arnon Milchan. It enables both returning residents and new immigrants to relocate to Israel, without reporting on the income they earn outside of Israel for the following 10 years. Those who benefit from this exemption are mainly those with ample financial assets.

This law is problematic not just on the global level, but locally, because Israelis do not receive the same exemptions. As of 2018, when the exemption period first started ending for some recipients, some lawyers and accountants began reporting that beneficiaries were leaving the country so as to not pay taxes. Another local law that hurts Israel’s ranking is the automatic confidentiality awarded to all tax-related court discussions, bolstered by the fact that companies can be added to the national company registrar just on the word of a layer, without requiring the presence of the owners.

First place on the 2020 index went to Cayman Islands, surpassing 2018’s “winner,” Switzerland. Earlier this week, Cayman Islands became the first U.K. territory to be added to the European Union’s tax haven blacklist. But more than the Cayman Islands deteriorated, Switzerland improved, mostly due to its decision to join the CRS standard. That is why the U.S. is now in second place, above the European country. Unlike many countries, the U.S. does not adhere to CRS, but rather uses a federal law it passed in 2010, the Foreign Account Tax Compliance Act (FATCA), for its dealing with other countries and their residents. Many claim, in fact, that today—after requiring non-U.S. financial institutes to hand over their information via FATCA—the U.S. is the most comfortable place for tax evaders. Moran Harari, a researcher and analyst for the Tax Justice Network and the founder of its Israeli branch, told Calcalist that the 2020 index shows a global decrease in the scope of financial secrecy. The fact that Israel has started exchanging information about bank account holders with other countries is a step in the right direction towards transparency, she said, but the country is still well behind when it comes to transparency regarding the stakeholders in companies, partnerships, and trusts.