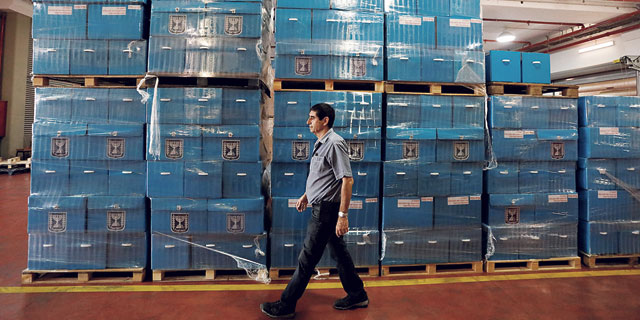 After elections in April and September 2019 ended in a standstill, Monday’s election might finally see a coalition form, in all likelihood, with current Prime Minister Benjamin Netanyahu at the helm

Israel’s general election for the 23rd Knesset officially started on Monday, 7 a.m., when the first among the 6.5 million Israelis eligible to vote headed to their local polls. The polls will remain open until 10:00 p.m., and the count will start a few hours later. Special polls have been set up for people with disabilities, as well as for soldiers and prisoners. As a result of the recent spread of the coronavirus to Israel, some 1,400 people who are in self-quarantine following their return from the Far East or Italy will be able to vote in 14 special isolated polls. Almost 3,500 people—out of 5,231 diplomats and staff stationed at Israel’s 96 embassies and consulates—already voted on February 20.

This is Israel’s third attempt at electing a new government in less than a year, after the two main contenders for the prime minister’s seat—current Prime Minister Benjamin Netanyahu of the right-wing Likud party and former Israeli Chief of Staff Benny Gantz of centrist party Blue and White—both failed to secure the support of 61 out of 120 parliament members, needed to form a coalition in April and then again in September.

The latest surveys conducted by leading Israeli news outlets and published Friday—the last day in which political survey results could legally be published ahead of the election—show Netanyahu and Likud are outpacing Gantz and Blue and White. Channel 12 forecasts 35 parliament seats for Likud and 33 for Gantz and 58 seats for a right wing-ultra Orthodox (Haredi) block. Netanyahu has the lead in terms of personal image as well—44% of survey participants thought he was a suitable candidate for prime minister, despite facing criminal charges for several counts of bribery, fraud, and breach of trust, compared to only 32% of those surveyed who found Gantz to be suitable for the job.

The Joint List, which includes the four major Arab-led parties—socialist Arab-Jewish party Hadash, Muslim religious party Ra’am, and secular left wing-parties Balad and Ta’al—is still the third largest party and is forecasted to increase its power from 13 seats to 14 in Monday’s election. The Labor-Gesher-Meretz union is forecasted to receive nine seats, according to Channel 12’s survey, and Haredi parties Shas and United Torah Judaism are expected to net eight seats each, compared to eight for Shas and seven for United Torah Judaism in September. Right-wing party Yamina, headed by Naftali Bennet, is slated for seven seats, while Avigdor Lieberman and his nationalist party Yisrael Beiteinu—who could prove the linchpin in this election—are forecasted to get six seats. Channel 13 had slightly different results. The participants in its survey gave Likud and Blue and White the same number of seats, 33. The Joint List got 15 seats, while Labor-Gesher-Meretz received nine seats, the same as in Channel 12’s survey. Yamina and Shas got eight each, while United Torah Judaism and Yisrael Beiteinu got seven. According to this survey, the right wing-Haredi block will have 56 seats, while the centrist-left block will get 57.

According to both surveys, Lieberman is ultimately set up as the kingmaker, the same as in April and September. In April, Yisrael Beiteinu received five seats but coalition negotiations with Likud failed over a long-debated bill that would have seen Haredi men drafted. In September’s election, Yisrael Beiteinu gained power based on Lieberman’s previous move and anti-Haredi sentiment, netting eight seats. However, Lieberman has repeatedly stated during the current election season that he will make a decision this time rather than see Israel go on to a fourth round. There is another party to consider: Itamar Ben-Gvir’s Otzma Yehudit (Hebrew for Jewish Power), which is associated with the teachings of Meir Kahane, whose political movement Kach is considered a terrorist organization by Israel, the European Union, the U.S., Canada, and Japan. Though the party is currently not expected to pass the electoral threshold, if it does it could change the block map. Negotiations with Likud to pull out of the current election and save tens of thousands of right-wing votes failed Sunday, after—according to Otzma Yehudit—Likud withdrew from an initial agreement that included promises to lower the electoral threshold and to amend a law that prevents people who deny Israel’s existence as a Jewish democracy or who engage in terrorism against the country from running for office. The law has been used by Israel’s Supreme Court to block Otzma Yehudit candidates from running several times in the past.