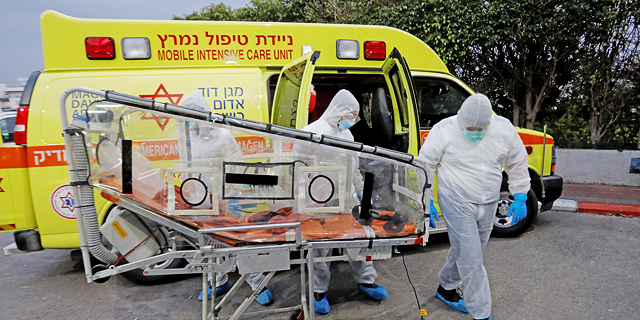 Flattening the Curve Won't Cover Up for Crooked Health Systems

Decades of neglect, corruption, and cynical meddling by pharma companies have turned the world's health services into money-grabbing operations. Today it is clear that the taxes, insurance, and premiums for which we all paid over the years has evaporated into thin air

Let's just call it what it is: the health system screwed up. The health system failed in its only responsibility, to protect the health of the public and to safeguard every citizen from health risks. The entire hypothesis on which the system was built, which is designed to maintain physical health, the most basic of needs of every human being, failed colossally, at the very moment at which it was most needed. The coronavirus (Covid-19) defeated crooked health systems all over the world. It isn't just the Israel health system. This disaster characterizes all the health systems around the world, from the most capitalistic economies, through social democracies, as well as the strictest dictatorships. Based on risk management theories, all of the problems of public health systems were exposed overnight. It is now clear that had hospitals invested through the years in emergency equipment, in increasing their supplies, and in making services more efficient, we wouldn't have needed to halt the economy just so we can flatten the curve. Today it is clear that all the taxes, insurance, and premiums which we all paid for decades had evaporated into thin air within mere weeks. 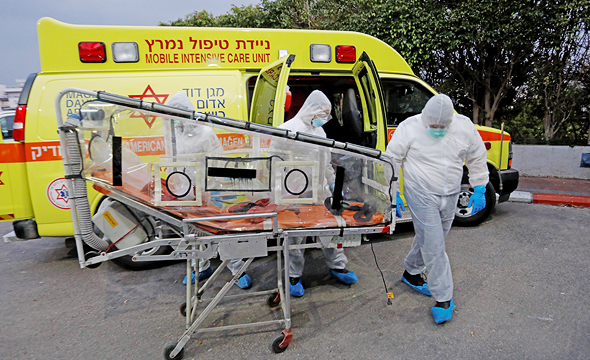 The tens of billions of shekels allocated from the country's budget to the health system were buried within a month under the massive and irreversible damage caused to the economy due to the mismanagement of the health system. The stability of the entire economy was sacrificed to flatten the curve. Not to prevent the loss of life--that can not be guaranteed--but to spread out the deaths a little better so that the health system doesn't collapse. Life has stopped, the economy has crashed, hundreds of thousands of citizens are unemployed, all so that the health system doesn't capitulate. Because if it does collapse, life will stop, the economy will crash, and hundreds of thousands of citizens will find themselves without work. Over many decades governments across the world turned their health systems into a decaying mechanism that failed to provide adequate services to the entire population. Neglect, corruption, and cynical meddling from pharmaceutical companies and the likes have turned health services into money-grabbing systems. Running the system based on probability and risk management has proven to fail year after year. Hospital beds are in short supply every winter, and throughout the year, medical staff is being run into the ground. Calculating how many hospital beds each hospital should have based on the probability of an outbreak is similar to the risk of living under a volcano or paving a road that crosses a seasonal river. A virus, a volcano, or a river will not be stopped because of some bureaucratic calculation or decision. Now that this statistical conception is blowing up in our faces, all the architects of this approach are rushing to defend their mismanagement and failures. Former heads of hospitals and top health officials are explaining to the citizens on TV that they have no other choice: to ensure that the system they built and cultivated for years doesn't collapse, it is better that the country's economy collapses. Maybe that way, everyone will be too busy with their own financial problems to go searching for those responsible for the abject failure of the health system. That way, they can flatten the curve as well as cover up their crooked conduct.

Why not treat health threats the same way as security threats? In both cases, human lives are at stake. Is the life of a victim of terror more important than the life of a coronavirus victim? Is the responsibility of an army officer greater than that of a hospital doctor? Does the Iron Dome system provide citizens with more security than life-support machines? If there is one lesson that should be learned from the coronavirus pandemic, it is that both national and international priorities need to fundamentally change. This year will undoubtedly prove to be a year in which governments shift their approach towards their health systems. In Israel, China, the U.S., Italy, and Iran, it is already clear to the decision-makers that in the coming years, there will be a need to change the way funds are allocated to their health systems. Not just because the coronavirus is here to stay, or to rebuild from the enormous damage the pandemic caused to the world's economy, but because of the understanding that they can no longer manage risks at the expense of the public's health.