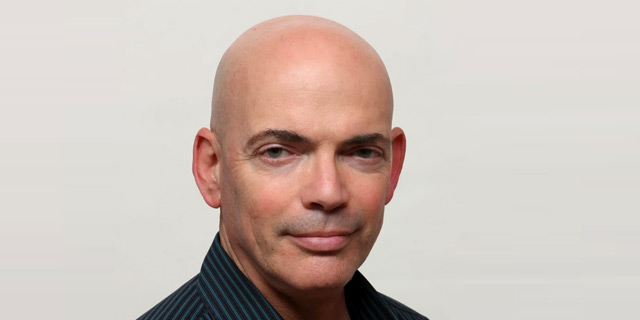 Israel's Tech Dream Team Is Closing In on Coronavirus Breakthroughs

Daniel Gold, head of the country's national emergency team, thinks his cross-industry team of experts can rise to the challenge of Covid-19

It is a horrifying scenario that has already become a reality in some hospitals worldwide: the number of serious or critical coronavirus (Covid-19) cases surpasses that of the available ventilators, leaving doctors to decide which patients have the best chance of survival and letting the rest go untreated.

In an attempt to protect Israel from such a nightmarish scenario, a national emergency team was set up, bringing together experts from the various ministries, different branches of the military, agencies and companies, private players, and research institutes, in an effort to, among other things, help set up a local production line for ventilators.

Daniel Gold, who has headed the Defense Research and Development Directorate (DDR&D) under the Ministry of Defense since July 2016, has been chosen to helm the national emergency team, and is optimistic it will not be long before the local production of ventilators receives a major boost. "The increased production of ventilators in the country will begin within a short time, not weeks," Gold told Calcalist, but declined to commit to a specific number of days. Gold has the resume to back up his confidence. In 2012, he was awarded the Israel Defense Prize for his role in the development of Israeli missile defense system Iron Dome. Among the new developments being tested are an accurate, real-time method for identifying a Covid-19 carrier from a distance; using GPS technology to map the route taken by confirmed carriers, including inside hospitals; and developing cleaning and purification capabilities for surfaces in medical spaces. "We are aware of the urgency," Gold said. "We are working 24 hours a day and seven days a week. For some of the developments, we have already begun medical testing with hospitals, while adhering to all the procedures." An important objective of the emergency team is to establish a local manufacturing line for ventilators due to the current difficulty of buying ventilators from abroad. The DDR&D connected two local ventilator manufacturers with military contractors so that they could use their production capabilities to supply parts. Rafael Advanced Defense Systems Ltd. has teamed up with ventilator maker Flight Medical Innovations Ltd., which is based out of central Israeli town Modiin. "We are working to achieve local production of ventilator parts that are currently difficult to acquire abroad," said Gold. "We are setting up production lines with different military industries and, at the same time, are looking into local developments to see if they are medically acceptable." The national emergency team is also searching for solutions to help tackle the shortage in protective gear for hospital staff. "We are testing ways to make it possible to reuse protective equipment with disinfection technologies that have not been used to date," Gold explained. "For example, lasers and UV rays. But this is of secondary importance right now. The most urgent matter is to make sure we are not short on equipment." The national emergency team is also working on finding ways to identify future outbreaks of coronavirus. Calcalist revealed earlier this week that Rafael offered its AI-based big data technology to the Ministry of Health. "We are looking into the potential use of Rafael's Wisdom Stone system while integrating other AI and machine learning systems from other companies," Gold said. "We have a dream team of experts in these matters from the defense establishment, the private sector, and academia. We have already started performing pilots and the results are promising. " Even though the health ministry launched its location-based mobile app HaMagen (in Hebrew: the Shield), which notifies users if they were near a person confirmed to have Covid-19, just last week, the DDR&D is already developing another similar app. "We took part in developing HaMagen, but at the same time, we are looking into another app that is being developed by a startup to see if it is better than what we already have," Gold said.

A DDR&D team is also testing out technology coming out of Vocalis Health Ltd., a startup that announced less than four months ago a $9 million funding round led by Israel-based life sciences, healthcare, and technology venture capital firm aMoon. The researchers are attempting to discover a unique vocal signature that could reveal whether a person has been infected with coronavirus. "A person's voice is supposed to be affected by the presence of the virus even before they show any of the other symptoms," Gold said. "We have already developed two apps and are collecting recordings of patients and analyzing them using AI. If we achieve good results, we will be able to tell people to make a call and give a voice sample, and if there is any suspicion that they are infected they will be called in for testing before they can infect others. We will know within a few weeks if we have succeeded."