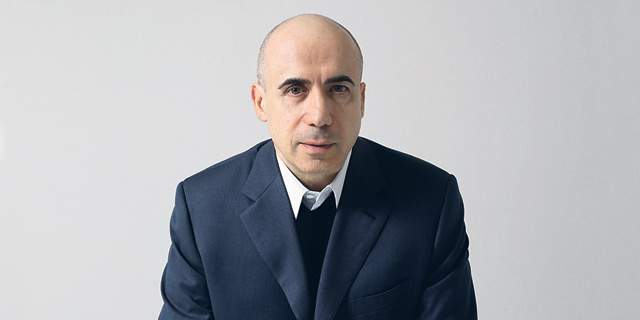 Let's Mask, and Unmask the Power of Science

It may not seem like it, but throughout our ancient war with viruses, humanity has the upper hand

For our entire history, we have been locked in battle with microscopic pathogens, and we have always been a step behind. Their advantage was built into their basic biology: namely, their lightning-fast rates of replication, evolution, and transmission.

In the age of global travel, you might think that viruses have an even bigger advantage, and indeed, today an outbreak in a single country can become a pandemic within weeks. But in the age of computers and the internet, it is not only our bodies that are more connected, but also our minds. It is this mental connectivity that will allow us to finally turn the tables on our ancient foes. Because as fast as viruses can spread, ideas can spread much faster, zipping between millions of minds in seconds. Moreover, the accumulation of scientific ideas is an exponential process in its own right. For the first time, the power of exponential growth favors us.

To take advantage of this power, we need to learn to absorb ideas and change cultural customs faster than we currently do. It is a strange paradox of the human mind that we are both endlessly creative and, often, resistant to new ideas. Few of the great inventions of our early history took over the world within a human lifetime. Some took thousands of years. In the case of sanitation, practices have varied widely by culture. For example, while bathing was standard in the Asian and Middle-Eastern cultures of the sixteenth century, it was much rarer among their contemporaries in the other parts of the world, leaving them particularly vulnerable to disease. When it comes to wearing masks, we are in the same situation today. The populations of southeast Asian countries have developed strong norms around mask use, especially since the SARS outbreak in 2002. But the rest of us have failed to keep up with progress. And while the spread of the coronavirus has so far been controlled in China, South Korea, and Singapore in part because they are wearing masks, in many other countries it is still spreading fast. Eight years ago, my wife Julia and I established our foundation, which alongside our partners funds the Breakthrough Prize, rewarding scientists for fundamental discoveries and raising the prestige of science. It also invests in astronomical and space programs. But during this crisis, our foundation turned its attention to much more practical, down-to-earth tasks. Here in Israel, it has made donations to the National Emergency Medical Response Service, leading research institutes working on developing treatments for the virus, and one of the largest public hospitals. Now it is donating three million masks for use during this pandemic, working closely with the Ministry of Foreign Affairs and Magen David Adom, which will receive and distribute them. Some of the masks will go to medical workers, the unsung heroes of our time. But a significant fraction will go to organizations providing essential services, whose frontline workers are still required to do their jobs during the lockdown.

In a recent interview, George Gao, director-general of the Chinese Center for Disease Control and Prevention—a man who clearly knows what he’s talking about—said: “The big mistake in the U.S. and Europe, in my opinion, is that people aren’t wearing masks.” So what is stopping us using this simple, practical tool? Culture. We’re just not used to wearing them, or seeing them around us. But culture can change, and this one must, if we are to preserve the rest of our way of life. In China, mask-wearing is now becoming standard not only in streets, stores, and social gatherings, but in offices and other densely populated workplaces. I would urge business leaders to consider the facilitation of this practice a core duty of care, including, beyond the current acute phase of the crisis, providing masks to their employees on a daily basis for use in offices, like many Chinese companies already do. It should become the new norm for all of us to wear a mask when outside our homes. The basic concept of getting dressed to go out should include covering our mouths and noses. In conjunction with hand-washing, social distancing, and other measures, this should be our strategy to get through the current crisis until the scientists come to the rescue, and develop a reliable vaccine or treatment. In the longer term, if we are to survive and thrive, we will need to make bigger cultural changes. The scientific revolution began more than a millennium ago, but we are still not truly a scientific civilization. We need to think and act more globally, more long-term, and above all, more scientifically. In the meantime, we can begin with a much quicker, simpler cultural change: we can put on a mask. Yuri Milner is a technology investor and science philanthropist living in Silicon Valley.