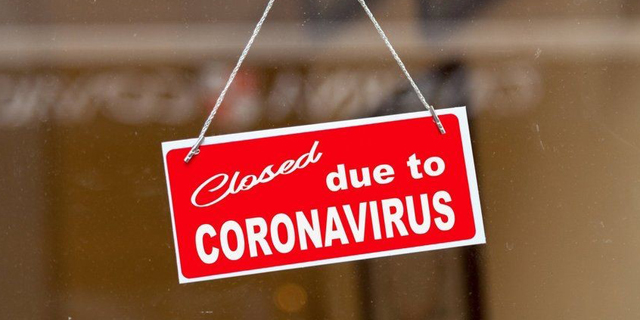 Optimists believe the peak of the Covid-19 crisis is behind us and the market rises are on the way. Pessimists think we are heading for a bear market that will last for years. The start of financial reports season and the forecasts that accompany them may bring the markets crashing back down

Are we witnessing the fastest market recovery in history? Or is it a classic bear trap? This is the topmost question on the business sector’s mind, immediately after the question "when will the economy reopen?" Just in time for the Easter holiday in the U.S., Wall Street recorded its best week since 1974, up more than 10% on all leading indices. At first glance, it looks like we’re at the cusp of a major new bullish market, with a 25% spike in the S&P 500 index following March lows, a 28% jump in the Dow Jones and a 23% jump on the NASDAQ. American investors have a plethora of creative ways to describe what’s going on in the stock market. One of the conversations is over the letter shape that best expresses the economic recovery after the coronavirus (Covid-19) crisis, whether it is a V-shaped graph or a W-shaped chart, which suggests there will be an additional plunge before markets go back to normal. The worst-case scenario is expressed by the L-shape, which would indicate a sharp drop followed by a vertical line resembling the pulse of a patient whose heart stopped beating.

Those who back the V-shape model, the optimists, argue that in the same way that the current number of coronavirus patients reflects actions taken two weeks ago, the markets reflect what investors predict will happen two weeks in the future. They claim that the worst is already known and may, at least partially, be behind us. In the U.S., this week is expected to be the worst in terms of virus contractions and deaths, and it will be followed by a period of improvement once the results of the preventative measures are materialized as we’re seeing in Europe. The debate over when to re-open the economy is already taking place, and unprecedented stimulus and aid plans have already been announced. The dive downwards was rapid, aided to a large degree by algorithmic trading, which according to a 2017 Goldman Sachs, Aite Group study, is responsible for 70% of stock trading. Those same formulas may be the ones that will lead markets back into the green. Stock traders are familiar with a new type of algorithms that measure the market and investor sentiment, and are flashing ‘buy’ amid the growing talk of stimulus and a return to normalcy. On the opposite side of the spectrum are those who adopt the ‘bear trap’ narrative—suggesting that current spikes provide a false sense that the worst is over, driving new investors to the market who will subsequently lose out when the market crashes again. These people believe that looking back on the long term, the recent increases will look like blips on a long straight line. The decade that followed the 1929 stock market collapse was followed by six local bull markets. The euphoria experienced by U.S. investors last week may very well continue when the new trading week opens, but the first-quarter financial reports that come out before the weekend may provide a harsh reality check. Anyone trying to justify the recent increases through the S&P 500 earnings multiples, which had apparently fallen from around 20 to 15 on the eve of the landslide, may have forgotten that companies' 2020 forecasts are no longer relevant. It should be clear that most industries, except perhaps for the technology and health sectors, will have disappointing first-quarter reports. Oil companies, shopping center operators, and consumer product manufacturers except for food, will be among the hardest hit. What investors are looking at is the level of flexibility of spending structure, which may indicate a company’s long term ability to survive. The second thing that everyone will have their eye on are the predictions for the second half of 2020 since the first half is effectively lost and the second quarter reports are likely to be even worse than the first because the impact of the coronavirus epidemic reached the U.S. later than it hit the rest of the world. A longer-term view would suggest that the U.S. capital market has lost three vital growth engines to the current crisis, one that is theoretical and conceptual, and two that are absolutely true and must not be overlooked. The first is the U.S.s position as a global superpower, which has been critically damaged, some may say, due to extended denial and then mismanagement of the coronavirus crisis. The handling of the crisis, which is reflected in images of mass burials, long lines to emergency rooms, and shipments of medical supplies from China after local stocks ran out, have been circulated worldwide, along with figures on more than half a million patients as of the time of writing. This will have a huge psychological effect on the U.S. dollar and U.S. bonds. The two additional growth engines that the stock market is lacking for long-term recovery are the lack of equity acquisitions by companies and low oil prices. In the last two years, since the tax reform introduced by the Trump Administration, many American-based companies have reinvested their cash into the U.S. economy by repurchasing their shares. The coronavirus pandemic will put an end to the buyback outpour since companies that receive government aid will not be allowed to repurchase their own shares. Oil prices, as long they continue to fall below the price of $35-45 per barrel, are a blow to the energy independence that the U.S. has achieved in recent years, thanks to the shale oil industry. It also represents a major blow to the industry, which has invested heavily in new technologies. This week, the U.S. stock market partly ran on the fumes of the agreement that is forming in the OPEC Plus oil cartel, signaling a much-awaited cut in global oil output. This cut, which is being promoted by Trump, and not as expected by Saudi Arabia and Russia — the two major oil suppliers who were supposed to be the biggest casualties of the $20 a barrel price plummet—has yet to be officially accepted.

The price of oil has emerged as one of the biggest complexities of the Covid-19 crisis. On the one hand, the price war surrounding it has added to geopolitical uncertainty, forcing American companies to stop production in some of the oil shale fields in order to stop the bleeding. On the other hand, the global economy needs prices to remain low in order to aid in financial recovery in the post-coronavirus period. The Covid-19 crisis brought to light an unfortunate truth: after decades of attempts at building international institutions to help cope with crises, at the moment of truth it’s each man for themselves. As a result, the outcome of the oil-price war will likely be determined by what causes the least harm to the major players and not what benefits the entire world.