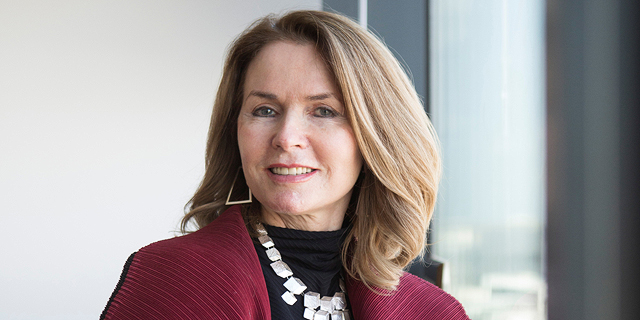 A conversation with Michal Braverman-Blumenstyk, head of Microsoft Israel research and development and one of the world's leading women in tech, about the ability to undergo change in order to go the distance

These are strange times. In the current coronavirus (Covid-19) turmoil, anything that is not directly related to the crisis gets cast aside. All eyes are on survival efforts, and everything else is filtered in a bland greyish shade. For that precise reason the conversation with Michal Braverman-Blumenstyk, head of Microsoft Israel research and development and vice president of global technology for cloud security and artificial intelligence, is so significant. These are times of disruption, and this is a conversation about the crucial ability to change.

The conversation is about being able to bring about rapid business change amid the current chaos, but more than that it is about being able to go through personal change. A change that takes place over an entire lifetime, but in a determined fashion. A necessary change if one wants to climb to the pinnacle of the tech world and establish oneself as Israel’s top cyber woman.

“I started helping women to advance in their careers."

What are your next challenges? “The topic that is most associated with us is cybersecurity, but cyber is already on track. The goal is to add a new focus area for the research center in Israel. The question ‘why Israel?’ will always float around. It appears you also learned to change in relation to your bosses. “I am hyperactive. I love to run. Once, when it was important to me to advance a project, I'd approach it with full force and it created antagonism. I tried to figure out why and realized that I have to form coalitions to convince the decision-makers. If I try to force things through, it doesn’t work, you also need to learn how to retreat. I had a coach who used to tell me ‘you have to let go, loosen up a bit. You will do better if you exert less external force and more internal force.’ I found that advice very helpful when it comes to management. I can achieve much more when I don’t use force. That was another significant change.”