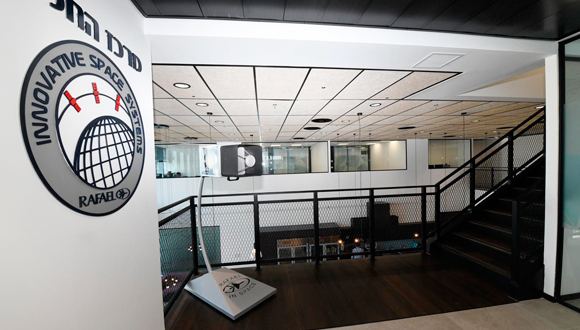 Lite-Sats, which are set to weigh less than an average human, are seen as a partial substitute for Intelligence-gathering UAVs

Israeli defense contractor Rafael Advanced Defense Systems Ltd. is entering the field of ‘New Space’ with its launch of a new development center dedicated to space technology in Tel Aviv later this month. The maker of Iron Dome aims to take advantage of the drop in the price of space launches to make smaller and more affordable satellites. The Israeli Ministry of Defense has ordered a shipment of an advanced system of miniature spy satellites from Rafael, which are set to be launched in two years. While the details of the commission are classified, Rafael’s small and inexpensive satellites are meant to assist in obtaining immediate tactical intelligence, complementing the Ofek satellites provided by Israel Aeronautics Industries (IAI), which have more sophisticated capabilities and a longer lifespan. 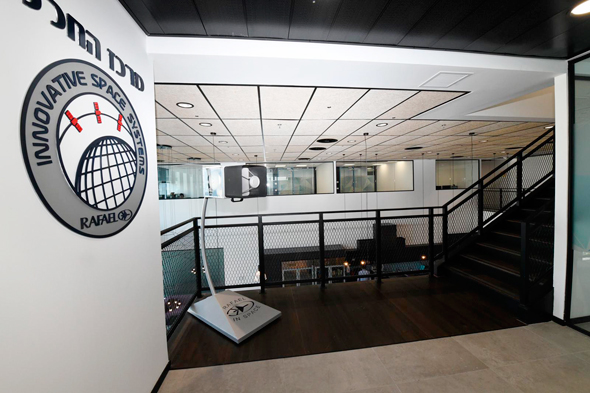 “We won’t be developing the satellite propulsion systems in Tel Aviv, rather focus on the command and control features, image and data processing and other aspects,” said Yuval Miller, executive vice president and general manager of Rafael’s Air, and intelligence systems division. “The location enables us to recruit excellent employees from the center of the country, allowing them to explore cutting edge space technology from Tel Aviv.” The company describes the planned Tel Aviv center as being less formal than your standard defense industry facility, one that even aspires to be dog-friendly. Rafael’s center will employ more than 100 people, adding to the 7,500 currently employed by the company across the country. The company has also opened development centers in Be’er Sheva and Jerusalem in recent years.

The main product the new center is set to work on is the Lite-SAT, an observation satellite that is different than the one already sold to the Ministry of Defense, which weighs less than 100 kilograms (220 pounds), roughly a third the weight of IAI’s Ofek satellites but with similar resolution capabilities. The cost of such a satellite is estimated at $10 million, a tenth of the price of an Ofek satellite, with the goal being launching several of them simultaneously to further reduce costs and enable frequent visits over the intelligence target areas.

"Thanks to the electric propulsion system we developed, we can place the satellites in a relatively low orbit, around 300 kilometers (185 miles) above the earth, which helps to obtain a higher resolution, even with a less sophisticated optical system," explained Miller. "The great reduction in costs in the field today makes it possible to use satellite observations for missions currently done by drones, which can be shot down, and that will not always be in the location they are needed. A satellite is always in orbit and far more immune to attack." Rafael has been manufacturing motors for the Israeli satellite launcher Shavit for more than 30 years, and dozens of satellites, both Israeli and foreign, have been installed with propulsion systems manufactured by the company. However, the space center constitutes the company's first entry into the satellite manufacturing field, one that has so far been dominated in Israel by IAI. Rafael has signed an agreement with an American manufacturer to augment its satellite production capabilities, after an agreement it signed to acquire a Spanish company in the industry was nixed at the due diligence stage.