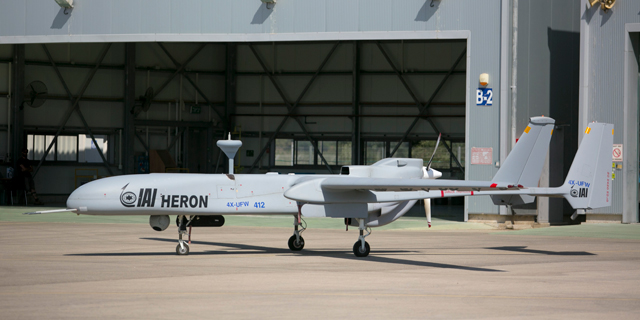 Israel's largest state-owned defence contractor had a successful first half in 2020, but it seems unlikely to repeat these results any time soon

At first glance, the results announced by Israel Aerospace Industries Ltd. (IAI) on Sunday were excellent. Sales reached a record $2.1 billion for the first half of the year, up 4.6% from the first six months of 2019, and the state-owned defense contractor made a profit of $82 million, a dramatic increase of 64%. However, these results will be difficult to repeat in the near future, and there are several reasons for that.

Nimrod Sheffer, who was appointed as CEO just two years ago, announced two months ago that he would be leaving, mainly due to his acrimonious relationship with chairman Harel Locker. The argument regarding what should be required from a person appointed as the CEO of the country's largest defense contractor, with 15,000 employees, started with the appointment of Sheffer, who had plenty of experience in the defense sector, but little business experience. Until Sheffer's arrival, most CEOs had an engineering and marketing background and knew how to sell the IAI's capabilities to decision-makers in Israel and abroad. Those skills were needed in order to secure massive, long-term lucrative deals like the Arrow Missile in the 1990s and the Barak 8 surface-to-air missile last decade, which brought in billions of dollars. But among the candidates to replace Sheffer, deputy CEO Eyal Younian lacks a technological and marketing background, something which Boaz Levy, General Manager and Executive VP of the IAI's Systems, Missiles & Space Group has. IAI VP and Elta CEO Yoav Turgeman has a similar background, but will likely not put his name forward for the position as it has only been two years since he began his current role. Shai Babad, the former Director General of the Ministry of Finance, who has also been mentioned as a candidate, lacks a technological and marketing background as well. 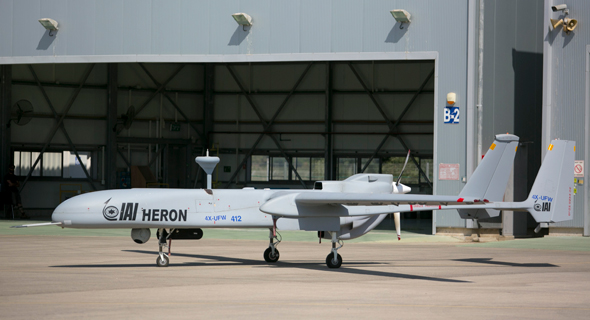 2. IPO getting further away

It seemed last year that the IAI would finally be issuing 25% of its shares according to a value of NIS 12 billion (approximately $3.5 billion). However, shortly before the move was set to be approved in the Israeli parliament, Prime Minister Benjamin Netanyahu canceled the committee's scheduled meeting and it has yet to be rescheduled. The IAI workers union, led by Yair Katz, the son of Member of Knesset Haim Katz, who is one of the strongest figures in the Likud political party, headed by Netanyahu, was not pleased with the change that would have reduced the union's strength and with the compensation promised to the employees in return. The money from the issuance was supposed to help increase the defense ministry's budget to allow it to make urgent purchases and to help the IAI with additional funds for expanding research and development. In Sunday's results announcement, the company admitted that there is no certainty that the issuance will ever happen.

At the end of June, the IAI's board approved a plan to lay off 900 employees, primarily in its aviation division. Following a labor dispute, the firings were called off and the two parties agreed on a more expensive early retirement program. The IAI's report from Sunday revealed the true state of the aviation division, with activity in the maintenance of civilian aircraft down 50% in the last quarter and 30% in the first half of 2020, with little expectation of improving any time soon. The losses of the division, which also builds private jets and hasn't contributed to the company's profitability for years, grew to $8 million in the first half of the year compared to $7 million over the same period in 2019.

The company's management came to an agreement with the workers' union regarding the early retirement of 80 of the company's employees in its Be’er Sheva factory. However, the sides have yet to agree on a new collective bargaining agreement and it remains to be seen what effect it will have on employee salaries and the management's flexibility to financially compete with the world's leading defense contractors. At the moment, the cost of an hour's work at the IAI is relatively high, which makes it more difficult for the company to compete for deals abroad.

As was revealed by Calcalist last December, the IAI discovered a malfunction in one of the partitions installed in 47 of the Boeing 737's which it converted into cargo aircraft during the past decade. The Civil Aviation Authority of Israel approved the IAI's proposal to put together a kit and send it to the different airlines abroad so that they can install it themselves. However, the IAI wrote in Sunday's report that the American Federal Aviation Administration has not approved its solution and that it needs to examine different options, which will incur additional costs. The IAI is regarded as an expert in this field and its reputation will continue to suffer until the issue will be solved.