UAE business people do not see technology companies solely as a target for financial investments and many of them are interested in core technologies such as artificial intelligence, IT, cyber, fintech, and predictive analytics in order to assimilate them into the local market and across the rest of the Arab world. This is a relatively new method of investment that Israeli entrepreneurs are less familiar with — the investor who is also a strategic partner, Nimrod Kozlovski, partner and head of tech & regulation at the HFN law firm told CTech editor Elihay Vidal during Calcalist’s online conference on the business potential the UAE presents for Israel. Emirati investors, Kozlovski added, are also extremely interested in sectors in which we share many similar challenges, such as, desert agriculture, water solutions, support for the energy sector, and sustainability technologies. There is also huge interest in Israeli healthcare technology since Israel is seen as an advanced country in terms of data infrastructure in the public health sector. 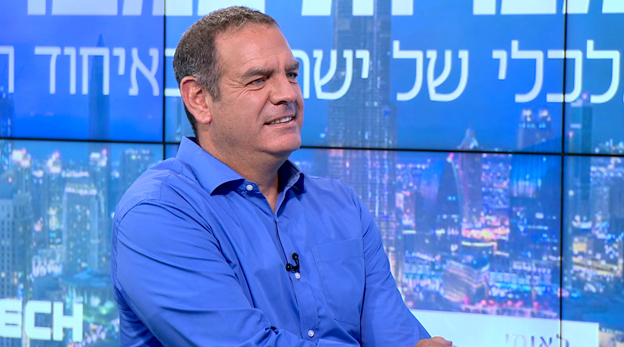 Nimrod Kozlovski opens up about doing business in the UAE
"Usually, even when investing directly in technology companies, they tend to do so alongside another large investor like a venture capital fund. Many times, they take advantage of the great amount of knowledge in venture capital funds and analytics companies, so as to understand the sector and the competitive advantage of the company. Many times, they operate in a manner similar to what we might call large "growth" funds in the world,” Kozlovski said. HFN has been operating in the UAE for the past 15 years, providing legal counsel to various organizations. For the last five years, the firm has also been offering technological and strategic consultancy services as well as tech scouting services in Israel. "Doing business with the Emirates is an experience. They are very fair people. They place their trust in the people who work with them. They work with you for the long term. They look for technology,” Kozlovski noted. “They are also very meticulous in their operations. And only invest after conducting a deep market analysis. They get to know the company in depth, as well as its competitors. It's also interesting to note that they like to invest only in the best. Therefore, when they look for a company, if they realize, during the investment process that the company is perhaps number 2 or 3, it doesn't interest them anymore. They believe that excellence is of the highest value. That is how they relate to their business partners and that's how they relate to their investments,” Kozlovski said.

According to Kozlovski, since the bulk of the funds that go towards encouraging technological enterprise comes from the government and institutional investors, unlike the Israeli startup model, the UAE is interested in Israel's entrepreneurial culture and how it is able to produce such a large number of entrepreneurs. "When it comes to raising funds in the UAE, one has to arrive after careful advance preparation and with a mature and operational product. One has to assume that they have already conducted thorough research on the market and competitive landscape. PowerPoint presentations will not cut it there. They do not want to be the first experimenter of new technology and want to see that someone has already used it successfully,” Kozlovski advised. Kozlovski also suggested that Israelis be direct and leave politics behind in their dealings with UAE businesspeople. “One more thing. A very good piece of advice in the Emirates: Be very honest in your conversations. There is no forgiveness for attempts to evade or mislead. And politics is off the table. They aren't interested in discussing politics. They only want to come and do business with great esteem for the professional knowledge that you have to offer.”