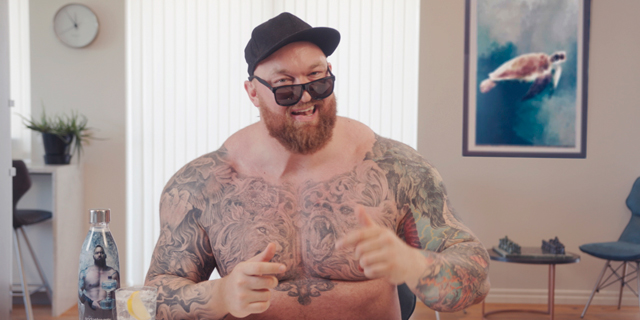 While the Israeli economy is plagued by hundreds of thousands of people who are unemployed due to the ongoing and escalating coronavirus (Covid-19) crisis, some companies desperately looking for skilled workers have gone as far as recruiting local and international celebrities to aid their cause. 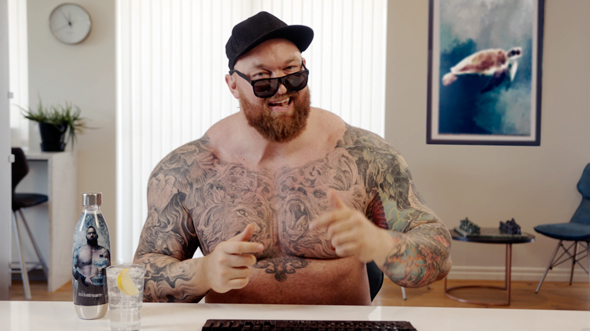 These viral videos give companies significant traction on social media networks and help them distinguish themselves in order to draw in the best candidates. For the artists and entertainers, on the other side of the equation, it is a chance to make some extra cash at an extraordinarily difficult time for the industry.

Still, it may appear unnecessary, perhaps even needlessly extravagant, to spend so much money on employer branding at a time of unprecedented unemployment rates, when each open position gets hundreds of applications.

According to Efrat Shapira, senior vice president of human resources at Ness, it is absolutely necessary. “Competition to win over workers is as relevant as ever but the nature of the competition and the identity of competitors have shifted in recent months,” she said in an interview with Calcalist.

“In the past, you had potential employers fighting over a candidate but, now, they are also competing against the candidate’s current workplace,” Shapira said. “In our experience candidates are currently very worried about leaving their positions and would often choose to stay put due to the many concerns raised by Covid-19,” she explained. 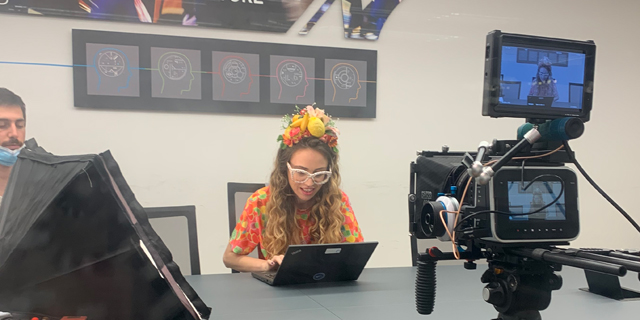 Behind the scenes of the making of Ness's viral ad. Photo: Ness

In Ness’ recently released ad, Shur, a young comedian and web-series star, comically describes the hardships of finding a job at this time and discusses her potential career path with people from the company’s existing workforce.

As of now, Israel has hundreds of thousands of people who are unemployed, coming from all walks of life, ages, and professions. The exact numbers vary depending on which government agency you ask, but even the lowest estimates are in the 500,000 area. Some industries, such as tourism and entertainment, suffered a more severe blow, while other sectors, including tech, were less affected.

Still, one glance at social media and professional online networks exposes the difficult situation in which job seekers have found themselves, having to compete with hundreds of other people for each job.

Most of the people losing their jobs over the past few months were experienced workers whose employee cost was too high, but when it comes to searching for a new job novices have the hardest time. Now more than ever, employers are looking for people who can get to work right away and require no additional training. With hiring and onboarding both being done remotely, training new employees unfamiliar with working for a similar organization is even more difficult.

A large number of candidates does not necessarily make it easier for companies to man positions, as both the abundance of resumes and people’s reluctance to make a significant move in their careers at this time raise difficulties.

According to Galit Zucker, the chief people officer at Sodastream, even at times of crisis, companies have to fight over talented workers in their fields. Two months ago, SodaStream released a video featuring its long-time presenter, The Mountain, who urged candidates to apply for positions at the company while joyfully singing its praises in Hebrew (dubbed by Israeli comedian Guri Alfi).

“We set out on a wide hiring spree, looking to hire some 250 people for a range of positions, from manufacturing and operations to management,” Zucker told Calcalist. “This number of open positions as well as the variety of positions we are looking to fill, demanded a campaign anyone can relate to, regardless of the job they were applying for,” she explained.

“We wanted people to get to know the company and its DNA before they see the list of open positions,” Zucker said. “We knew there are people out there who are sitting at home contemplating their professional future, whether they are on unpaid leave or were affected by the crisis in some other way,” she added. “We wanted to encourage them to get out there and look for new opportunities.”

With so many people out there looking for work or contemplating whether they are in the right place, professionally, the best thing employers can do is become a brand that people want to work for, Ariela Bichler, vice president of human resources at Elementor, told Calcalist. “There is always competition and we are trying to approach not just those people who are currently unemployed but also those who still work for large companies and are looking for something new,” she said. 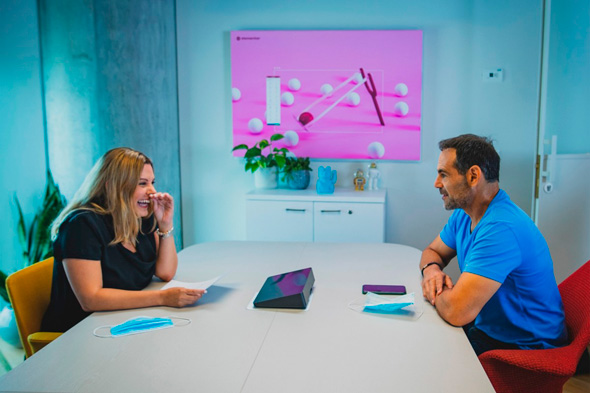 Elementor’s campaign focused on Roop, a local celebrity and household name in Israel, who recently found himself, like so many people in the country, without a job. Roop was let go due to cutbacks and his high cost in July, after 16 years with Israeli commercial broadcaster Channel 13.

“Using the right presenter is a shortcut to winning people’s hearts,” Bichler said. “The way we used Roop and his personal situation made him accessible and likable, which reflected back on our brand, doing Elementor a great service,” she added.

Humor helps create a sense of empathy in this challenging reality, Shapira said. “We chose a campaign that fits the zeitgeist, creating a series of three short videos with a wonderful comedian that was left with too much time on her hands due to Covid-19 and is now looking for a meaningful job,” she added. “I don’t know any better way to deal with such a complex reality than with humor.”

According to Bichler, the light humoristic approach proved very effective. “Not only are we swamped with resumes,” she said, “the people sending them out really want to work here because they identify with the company’s values, as they were presented in the ad.”

Still, one campaign, as effective as it may be, is only a part of the employer’s branding efforts. “It is not a one-time occurrence but a process that goes on for years,” Shapira said. “The coronavirus crisis did not start or even accelerate this process,” she added, “it is just part of our day-to-day efforts to preserve our main asset, which is our existing workforce, and draw in potential new employees.”

“Using the right presenter is a shortcut to winning people’s hearts,” Bichler said. “The way we used Roop and his personal situation made him accessible and likable, which reflected back on our brand, doing Elementor a great service,” she added.