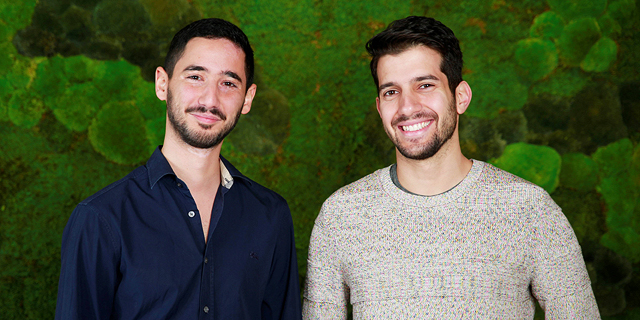 The company’s funding round was led by Canaan Partners, with participation from Ten Eleven Ventures and Gili Raanan’s Cyberstarts

Cybersecurity startup Axis Security Inc. announced on Tuesday that it had completed a $32 million series B funding round led by Canaan Partners, with participation from existing investors Ten Eleven Ventures and Gili Raanan’s Cyberstarts. The capital was raised to meet the increasing demand for the company’s products in the wake of the widespread transition to work from home. Axis Security's Application Access Cloud is a purpose-built cloud-based solution that simplifies application access, using a Zero Trust platform. It was founded at the end of 2018 by Israeli military intelligence graduates Dor Knafo and Gil Azrielant. It is headquartered in San Mateo, California with research and development in Tel Aviv

Previous backers of the company include Dan Amiga, founder of Fireglass Ltd., which was acquired by Nasdaq-listed Symantec for $250 million in 2017, and former Symantec and Blue Coat President Michael Fey. In a previous round earlier this year, Axis Security raised $14 million, having raised $3 million in its 2018 seed round. "Our approach is a proven game-changer for customers," Knafo, Axis Security’s co-founder and CEO said. "We're solving one of the most complex security challenges IT faces right now in rapidly onboarding remote workers and third parties simply and securely. Doing this at scale is proving to be far more difficult than many organizations expected. We're giving IT teams a single, managed solution for access, security, control, and scalability without the complexity and end-user headaches of what's available today."

Axis Security’s Access Cloud app is cloud based and agentless and enables multiple users using any remote device to connect to organizational software simply, securely, and within minutes, without requiring changes to the network or the software. It reduces the requirements of network-based security associated with VPNs which can be complex, agent-based, slow to deploy, and hard to manage, especially when providing access to third-party supply chain partners, vendors, contractors, and remote employees at scale.