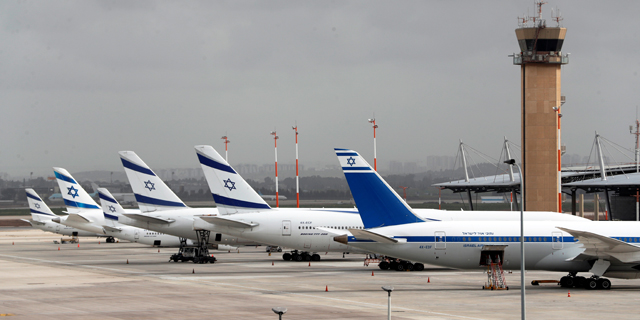 Tech minister: UAE delegation to Israel may be confined to airport meetings due to Covid-19 precautions

The first official delegation to Israel from the United Arab Emirates may remain at the airport and fly home the same day, rather than conduct a wider visit, due to coronavirus precautions, an Israeli minister said. Israel is under a second coronavirus lockdown, which it plans to begin easing next week.

Science Minister Izhar Shay, whose ministry is taking part in talks with the UAE delegates due to arrive on Tuesday, said the visitors would stay for several hours under a coronavirus protocol. "Right now it looks kind of 'touch and go'. It's possible that the meetings will be at the airport or close to it," he told Tel Aviv radio station 102 FM. Officials have said the UAE delegation will involve eight or nine groups working on various areas of bilateral cooperation, as a follow-up to talks launched in Abu Dhabi during an Aug. 31 visit by an Israeli delegation. The UAE and Bahrain signed diplomatic deals establishing formal ties with Israel at a White House ceremony on Sept. 15.

Two other officials involved in the planning, one Israeli and the other U.S., said it was possible the UAE delegation visit would take place entirely at Ben Gurion airport, near Tel Aviv. The UAE has yet to confirm the delegation visit. Shay said Israel would send its first official delegation on Sunday to Bahrain. Ben Gurion's departures listing shows the flight to Manama as El Al 973 - a nod to Bahrain's international telephone dialling code. Bahrain has yet to confirm the Israeli delegation visit, which diplomatic sources say will be accompanied by U.S. Treasury Secretary Steve Mnuchin and U.S. Middle East envoy Avi Berkowitz. Both are also expected to accompany the UAE delegation to Israel.