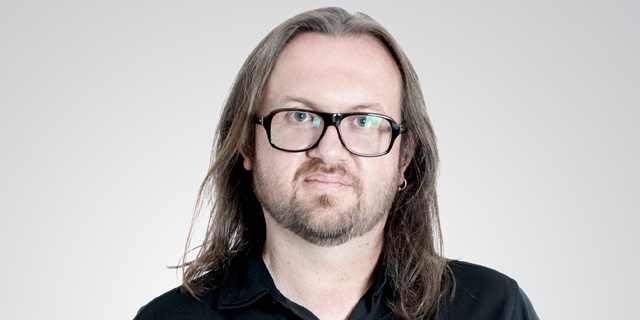 The company won the popular tech competition with a technology it developed that helped improve the sound of actors and actresses that are moving on stage. CEO Nir Averbuch: “This prize is a mark of victory for us all”

Sound Radix, an Israeli company won a prize from the Engineering Emmys - a competition honoring those companies who have created unique technologies to improve broadcasting. Sound Radix’s product, Auto-Align Post will be honored at the virtual Emmys in Los Angeles, California on Oct. 29. This isn’t the first time an Israeli company took home the prize. Chimmaker Valens Semiconductor Ltd. won the same prize in 2015.

The Engineering Emmy prize is handed out by the National Academy of Television Arts and Sciences to individuals, companies, or organizations which design technological innovations that improve the use of sound, or develop specific devices that revamp the ability to broadcast, record, and produce television. When Sound Radix CEO and Co-founder Nir Averbuch was notified that his company won the competition, he told his team, “we have good news and bad news. The bad news is that we won't get to meet Winona Ryder, the good news is that we won the emmy.” This year, the coronavirus pandemic has forced the company’s employees to refrain from attending the actual ceremony and walk down the red carpet. Sound Radix is a decade-old company, based in Tel Aviv. “I received a call from two companies that are on the award’s board on the Wednesday, following the Jewish holiday of Yom Kippur. I was sure they wanted to ask me questions, or to let me know that we qualified as contestants, and was surprised when they said we had won. I was left speechless,” Averbuch told Calcalist.

“The prize is amazing, and I still don't know what the ramifications of winning it will be. A lot of praise is coming in lately, and I hope that the prize will have a positive influence on other companies, and be a mark of success for the field. It will place us in an exclusive club. It’s fun to know that when you work hard, that work is recognized,” Averbuch said.

He also continues to work on producing music. “We have a short work week here of four days, and Thursday and Friday I devote to musical productions. I test all of our equipment with actual music. Our new office on Rothschild Boulevard also functions as a type of recording studio.” Averbuch is a graduate of the Rimon School of Music, and is a popular producer that has worked with several well-known Israeli artists, such as Shlomo Gronich, Yehuda Poliker, Efrat Gosh, and others. Averbuch started Sound Radix in 2010 with two of his techie friends Yair Chuchem and Dan Raviv, who also served in the elite technological department of the IDF, Unit 8200. They wanted to provide solutions and address concern in the world of sound. “I was always interested in the technology, and searched how it could be improved. My friend Yair, who returned from the U.S. after he finished working at XIV, (that was sold to IBM in 2008 for $300 million) saw the issues in the music world the same way I did. During the first three years, we didn’t pull a salary and any money that came in was reinvested in the company. Afterwards it became profitable. We never raised money,” said Averbuch. Today Sound Radix has 10 employees and is completely privatly owned having been bootstrapped by its founders. When Averbuch was asked whether the coronavirus has influenced the company’s activities he said, “everyone went back to playing instruments at home and I guess that soon we will see new albums and a music boom. We have created a device that helps music, and one for post production. That’s where current sales are going. Even now, music has stayed strong. We have production facilities in New Orleans, Milan, and Canada, and are used to working from home. Our small team of 10 people is able to move quickly and always maintain flexibility.” The company developed a technology that managed to improve sound quality in the recordings of dialogues between actors and actresses who are in motion, an issue that has burdened the television industry for years. The result was a soundtrack for a Warner Studios TV series. It has also been used by Disney, Sony, and other major global production companies. Music producers use the product too, including bands such as ColdPlay, U2, Foo Fighters, Beck, and other notable artists like Paul McCartney. Sound Radix Auto-Align Post is a tool that corrects pauses and gaps in recordings of microphones, when a subject is moving. By quickly synchronizing between different microphones: a "boom" microphone and a term microphone that rotate around the set, the tool fixes an issue that used to be perceived as a very complicated task and is typically done manually by editors. "We came across this technology by chance. Yair saw that I was working very hard and setting up the delay between the speakers slowly, and then we took a step back, and developed an autoline that coordinates the sound in different locations." All of these technological developments were the result of the musical revolution of Plug In, a type of computer software that can add audio-related enhancements or improve the sound via a computer. “This revolution changed the face of music, and is sort of like how apps changed how cellphones are used,” Averbuch said. “We understood the need for this device and developed several technologies that can improve music,” he said. The company developed other tools as well such as an automatic synchronizer, that syncs sound that is recorded on several microphones, a smart equalizer that adjusts its sound to the actual music, and a tool that enables a person to control the sound that a drummer produces from each set of drums, and separate those sounds. These were simply not possible before.”