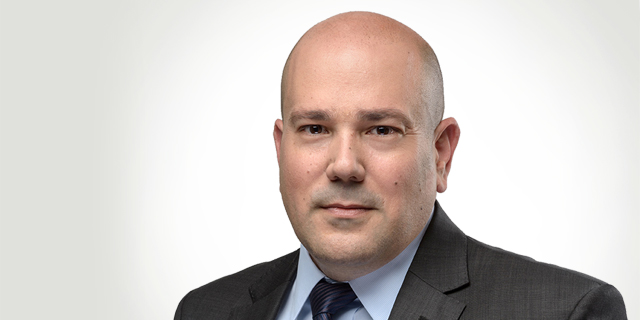 In the Information Age, public discourse moves even faster than technology - and the monopoly power of Big Tech deserves public discussion

Once every so often, the Big Tech companies find themselves under scrutiny from the public and the regulatory authorities. This week saw two developments that are worth examining. The first was Apple moving away from Intel to start manufacturing its own processors. Apple and Intel's partnership in the past 15 years was one of the major partnerships in the tech industry, with Apple exclusively using the Intel processor in its computers. The second was Google's announcement that the company is ending free unlimited storage for the popular Google Photos service. At a first glance, both developments seem like legitimate business decisions. Apple moved away from Intel because as part of a plan to get better control over the architecture and the core technology used in its computers, and which eventually might allow the company to lower the price of its computers. Apple's decision will enhance and extend the company’s in-house capabilities and improve its independence as the company will no longer have to rely on third-party core technology.

Google's decision also makes perfect business sense. For years, Google had allowed users to store an unlimited number of high-resolution photos in Google Photos, a service so popular it has become a synonym with cloud storage and is being used by billions of people around the world. However, Google's business model is not altruism - and there was a business reason for that. The costs associated with Google Photos are very high, and therefore it seems unreasonable to offer unlimited storage as the company is losing money, right? Well, not quite. At the end of the day, the goal of the tech giants is to gain more market dominance, and one why of doing this is by limiting the users' freedom of choice. Apple's decision did not come as a surprise. Over the years, Apple acquired companies and technologies for the purpose of creating the infrastructure and know-how that will eventually enable the company to start fabricating its own in-house silicon, while at the same time Intel was starting to fall behind and lost market share to smaller competitors who came up with superior technologies. Apple's goal is to create a cohesive ecosystem with seamless integration between their computers, iPhones, and iPads. A better and more consistent user experience. This seamless integration and consistency, however, makes it more difficult for users to leave Apple's ecosystem. The users are "locked" in the walled garden built by the tech giant from Cupertino.

Google’s move creates an even bigger problem and might give us a sneak preview into what is coming from Apple in the future. For years, Google offered an excellent product for free. The phrase "there ain't such thing as a free meal" is a popular adage in the American culture, and the people of Silicon Valley are no stranger to it or the strategy of losing money at first for the purpose of cornering the market later. Google's strategy has proved predatory. Competitors such as Everpix, Loom, Ever, or Picturelife were unable to compete with a great product offered for free, and even Dropbox had lost some market share as a result. Now, with Google completely cornering the market moving the billions of family and business photos stored in Google Photos to another service creates a great deal of inconvenience for the users. Google knows that and trusts that most users will simply prefer to pay for the service instead. Millions of Google Photo users, each paying a couple of dollars per month, will certainly bolster the bottom line almost overnight. These decisions benefit the companies, and their stock prices have increased accordingly. But what about the users? Technology is always changing faster than regulation, and by the time regulation catches up it is often already too late. But in the Information Age we live in, public discourse moves even faster than technology and the monopoly power of Big Tech deserves public discussion. Avi Nadler, Adv. Head of Corporate, Commercial and Hi-Tech Department; Eli, Nadler & Fraidin and Associates (ENF) Law Firm